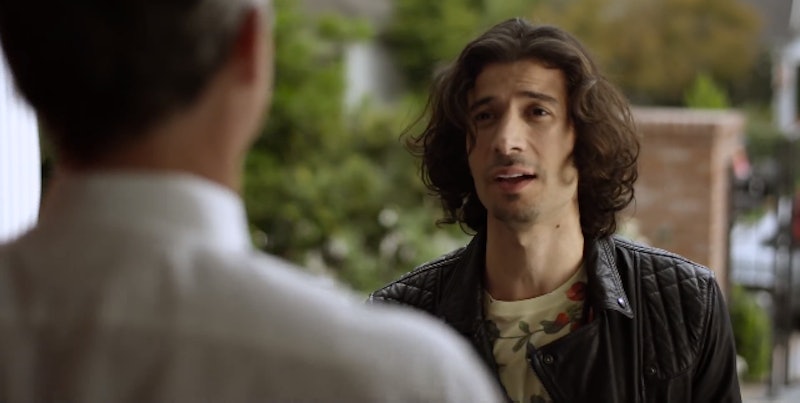 Don't get me wrong, I can groove to this song — I just think it's got a little problem (no, that wasn't an Ariana Grande's "Problem" reference). Magic!'s first single, "Rude," is number one on Billboard's Hot 100 chart and if it keeps that up, it's definitely a contender for "Song of Summer" with the recent Zedd remix at Lollapalooza. But that doesn't change the fact that while it's a sweet song about loving your girl even if her dad thinks you're a joke, it really isn't feminist. In fact, for being a song about a girl you love, there's really not much talk about the girl herself at all.

Here's the thing about this song — it's fun and its laidback and I can see myself lounging on a hammock, sipping a margarita, and really enjoying listening to it. So, essentially, I'm picking up what Magic! and frontman Nasri Atweh are putting down with this song. There's a sweet nostalgia factor to the idea that this guy (Atweh in the music video) loves this girl and wants to put a ring on it, but is hoping to get her father's blessing first. An ode to the "good old days" when fathers chose the lucky man to take their daughters' hands. "Rude" also is just trying to be a love letter to whoever this girl is — they sing about becoming a family and not being able to live without her — they're completely enamored with her and its adorable.

But while the message is meant to be cute, a further exploration of the lyrics (without the sweet reggae-ish tones to soothe your mind) reveals that "Rude" is far from feminist. In fact, it kind of treats the girl everyone's so in love with like she's property.

Knocked on your door with heart in my handTo ask you a question'Cause I know that you're an old-fashioned man, yeahCan I have your daughter for the rest of my life?

It's 2014 and we're asking her dad if she can get married? And, apparently, she has no say in the matter (in the music video, she jumps out of the car and runs down the street). It's traditional and the song makes reference to that, but it seems like there could very easily be no girl in this situation at all. These two essentially just sound like they're trying to trade some property and that's it.

Yes, the sentiment is good — he loves this guy's daughter and he's not going to let him control her life. They're getting married regardless. But, again, I find myself wondering whether or not this girl has any say in the situation? She loves him, but it sounds like, now that he's not getting her father's blessing, he's just taking her and she's along for the ride.

I'm sorry, but the second line almost makes me feel like we're talking about a pet here and not a living, breathing, human being that is capable of conscious thought. I love the idea of loving someone so much that you'll run away with them to escape the haters and non-believers, but I'm not exactly getting that feeling from this song.

Again, it's a sweet sentiment and I get some feels when I hear Magic! sing that they "can't live without her." But even the best intentions have flaws and "Rude"s are in the fact that it doesn't seem like this girl has any say in her relationship or what she does, it's all decided by the men in her life instead.