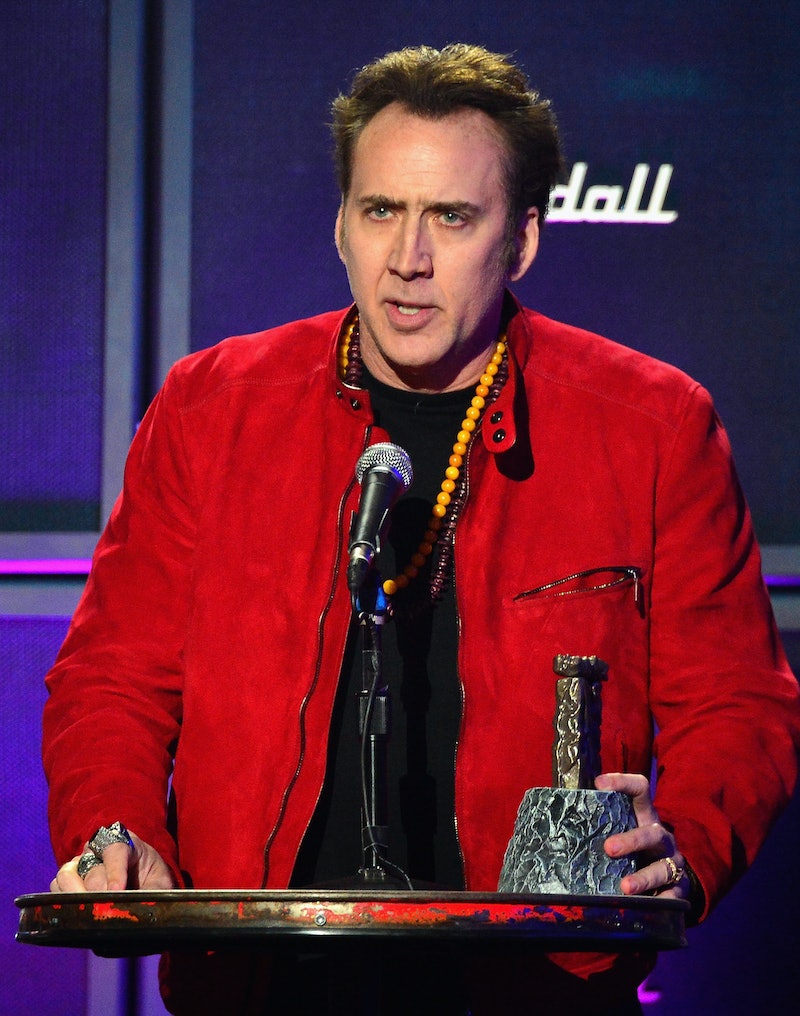 I honestly have no words for this story other than "I literally have no words." That's how confused, thrown, and mind-boggled this has left me. I have so many questions, and no clue where to start! After reading this, you probably will do, so just be prepared for that. In a Reddit AMA today, former Game of Thrones star Sean Bean told a weird Nicolas Cage story (I realize all Nicolas Cage stories are probably weird in some way, but I mean this one was weird) that involved, I'm serious, a prehistoric cave bear skull, and a frantic burial. I cannot make this up.

Here's Bean's story, straight from the Reddit AMA, which apparently took place when the two filmed 2004's National Treasure together:

Do you have anecdotes about your time filming National Treasure?

There was one where I went back to Nic Cage’s house, and we’d had a few drinks, we were playing pool and he accidentally knocked over his prehistoric cave bear skull and smashed it. And he was really upset about it, and the next day went and buried it in a field.

There is so much going on here. I mean, why did Nic Cage have a prehistoric cave bear skull?! Why did he bury it in a field after breaking it?! Did he win their game of pool?! Would he have displayed it alongside that dinosaur skull he bought last year?! WHO EVEN KNOWS?

More interestingly, a quick Google search actually reveals that this isn't the first time Bean has publicly shared this story — but it doesn't exactly answer any questions. From local Sheffield, UK paper Sheffield Today (Bean was born right outside of Sheffield) all the way back in 2004:

"The poolroom is sort of a prehistoric cave and it's full of fossils and the skulls of different animals," Sean recalls.

"I think we both of us had a few drinks and Nic fell over and his pool cue knocked this bear skull to the ground and it smashed to pieces.

"And he wanted to bury it, to return it to the earth or something but I was like: 'No, just get some glue and I'll stick it back together'."