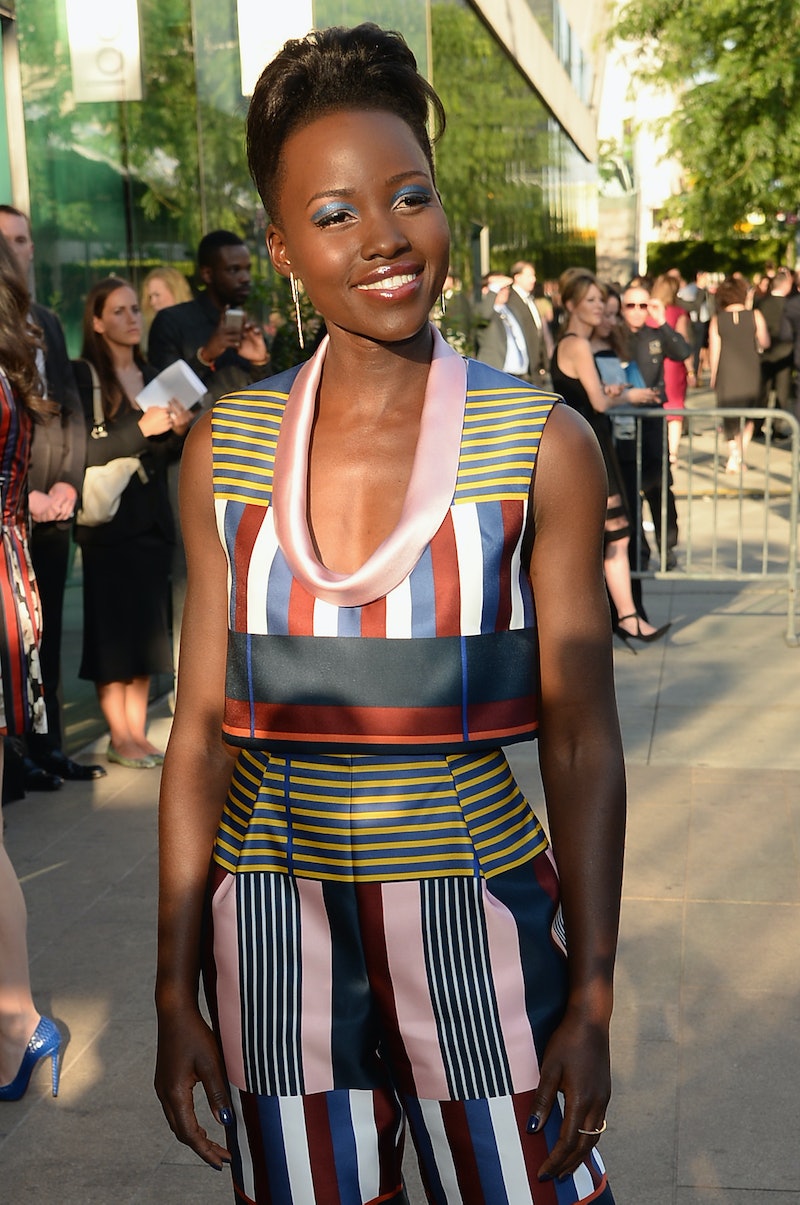 Lupita Nyong'o has made all of the best dressed lists in the last two years. How could she not? Whatever the Oscar winner chooses to wear looks like it was tailor made for her (and sometimes, it is). The most recent fashion accolade she received was announced on Wednesday: Lupita Nyong'o made Vanity Fair's International Best Dressed Poll, alongside Emma Watson, Emmy Rossum, Michelle Dockery and a handful of super stylish celebs. In addition, Vanity Fair conducted a quick Q&A with each of the winners, asking them questions like their favorite clothing item, who their style icon was and where they liked to shop. Nyongo's answers for the first two were somewhat expected (Osman pants, Audrey Hepburn), but the last one totally shocked me: "Nowhere — I dislike shopping." Audible gasps! Say what?!?

While this completely took me by surprise, it isn't the first time Nyong'o has revealed her aversion to most every other fashionistas' favorite hobby. In an interview with Arise Entertainment, the adorable "It" girl disclosed what she hates most about shopping. "I don't like to shop at all. I have trouble with too much choice" she said. "It's overwhelming to walk into a store...it's just too much."

Perhaps she's more of an online shopper? Or maybe she's just lying so she could seem that much more like a mysterious, perfect goddess that somehow hates to shop but looks incredible all the time? It doesn't make sense, Lupita! I'm not buying it. If that's the case, her brilliant stylist should be the one getting all the praise. Nyong'o told Arise, "I have a very talented stylist, Micaela Erlanger, and she has this ability of making everyone she dresses look like themselves. She listens to your taste and has the talent to make it happen." Erlanger also just so happens to be Michelle Dockery's stylist, who also made VF's list. Perhaps they should award her with an honorary "Best Dressed" award.