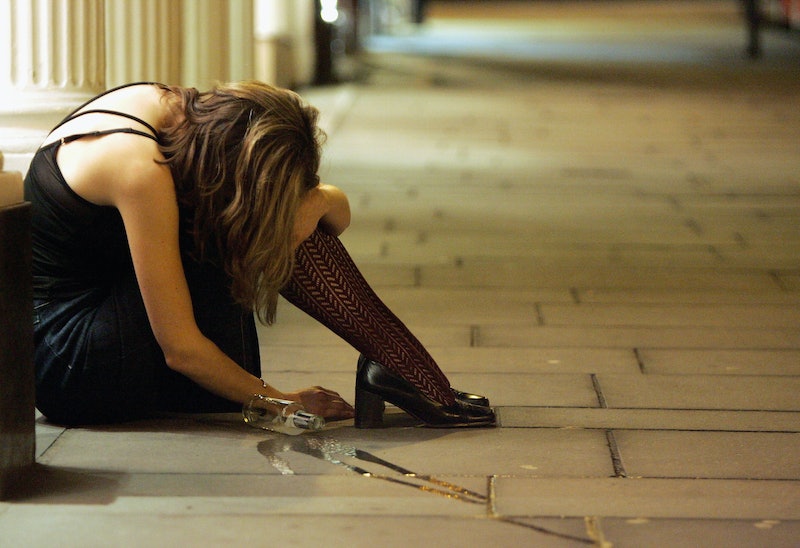 Are 29-year-olds panicking about entering the next decade? Trying to prove they belong in the same age bracket as college students? Whatever the reason, people on the cusp of 30 suffer the worst hangovers, according to a new study.

The research, conducted by Redemption, a UK group promoting alcohol-free bars, found that a 29-year-old should expect to wait approximately 10 hours and 24 minutes for her hangover to subside — nearly an hour longer than average. The study also found that two-thirds of British people have come to work hungover on Monday, with half confessing to occasionally showing up to work still drunk.

Having a hangover is usually associated with physical effects like a queasy stomach, spinning head, and dry mouth, but another new study suggests that hangovers have real cognitive consequences, too. Psychologists from the UK's Keele University found that having a hangover increases the number of mental errors a person makes by nearly 30 percent, as well as impairing reaction times: Hungover people in their 20s registered the same reaction times as people two decades older.

“The symptoms of alcohol hangover are not just physiological — they affect cognitive functioning and mood as well which may lead to numerous undesirable life consequences,” Dr. Lauren Owen, the study’s lead author, told the Telegraph . “Although numerous scientific papers cover the acute effects of alcohol consumption, researchers have largely neglected the issue of alcohol hangover.”

The arguments for staying sober are really stacking up.