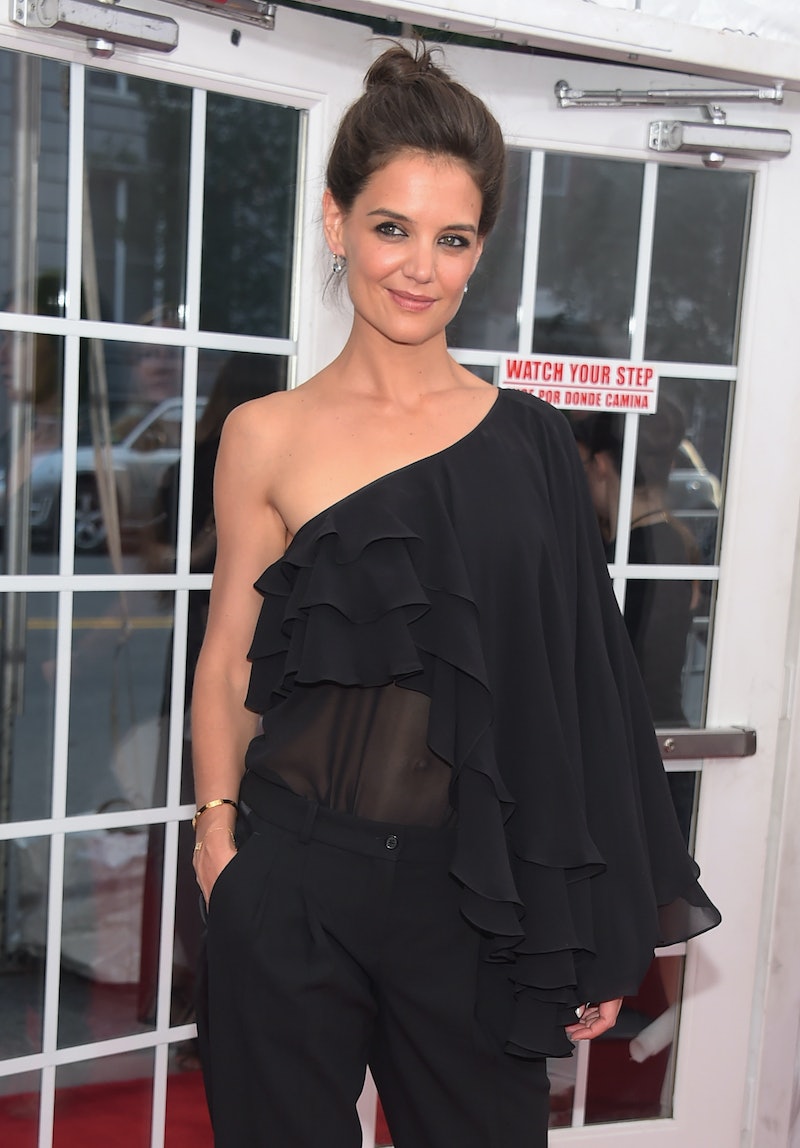 Being a bit shy of 10 years old when it debuted in 1998, I was a little too young to tune into Dawson’s Creek. But that doesn’t mean I never fell in love with the four pack of lovesick teenagers known as Dawson Leery, Jen Lindley, Pacey Witter, and of course sweet Joey Potter — thanks to TBS re-runs I would devour years later over summer vacation. And even though there’s seemingly no hope for a Dawson’s Creek reunion, that special spot in my heart for these characters and their off-screen personalities has yet to fade.

Unless you count the long span of years when Katie Holmes was under the creepy thumb of husband, Scientologist, and former heartthrob Tom Cruise, that is — a period of time when my adoration for the charming brunette went from sky high to an abysmal low in just a matter of weeks. But now that Holmes is once again on her own (and, in my opinion, much better for it), I’ve slowly started to come around to the almost- OITNB actress once again.

And on Wednesday, Holmes stoked that rekindled flame with one sexy, ’70s-inspired, and totally unexpected look at the Life Is Amazing film premiere in New York City. (Because seriously, isn’t fashion the only way to really win someone over?)

Rocking loose black trousers with a one-shouldered, voluminously ruffled, and sheer-paneled blouse — both from Michael Kors — the actress nailed that hard-to-find balance between perfectly polished and effortlessly undone in her beyond-basic-black ensemble at the Lexus Short Films event. Topping it off with a messy-chic top knot, kohl-rimmed eyes, and a pair of printed Michael Kors pumps, Holmes looked both relaxed and on point for her rare red-carpet appearance.

Some people may be turned off by the mix of slouchy pants, overload of ruffles, and loosely draped sheer shirt, but personally, I think this is the most fashionable and put-together Holmes has looked since showing up in Zac Posen at the Tribeca Film Festival.

And if there's one thing I'm sure we can all agree upon here, it's that her sultry black ensemble is eons better than that mess of a Belle-inspired dress she donned at the 2014 Met Gala. Can I get an amen?