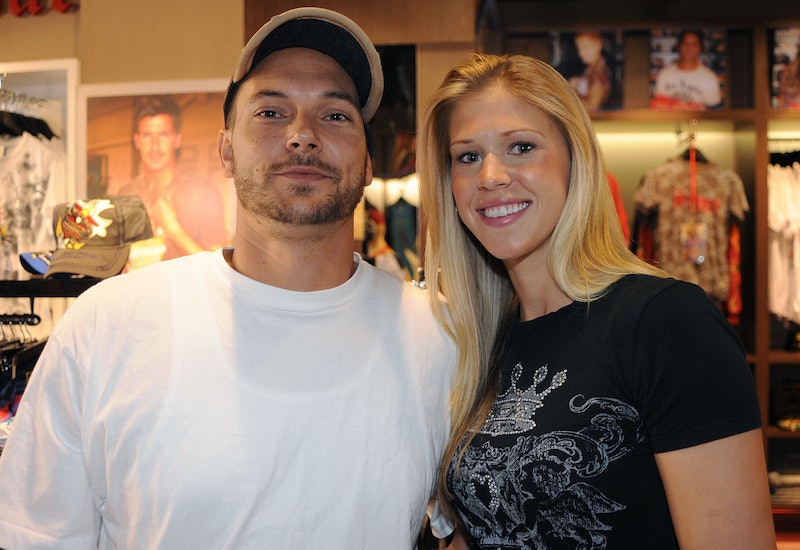 In Oh Shit, What Is K-Feds Up To These Days news, the ex Mr. Britney Spears actually tied the knot on Saturday. Kevin Federline married Victoria Prince at a ceremony at the Hard Rock hotel and casino in Las Vegas, of course, and it's been reported that the couple got engaged only a day before the wedding while in Sin City. Federline had told Prince that he had to go to Vegas for work, but really, the whole time he was planning on surprising her with a proposal and a wedding all in the same weekend.

While it's somewhat of a surprise that Prince would believe that Federline actually had "work" in Vegas, it's wonderful that these two kiddos have decided to sign some documents to make their love official in the eyes of the government. The couple has been dating since 2008 and have a 2-year-old daughter together, and now, well, they can file a joint tax return. Congrats!

Just who is this woman who decided to marry the most famous back-up dancer behind Casper Smart? Well, it seems like she's just some normal girl, which is by all means a compliment. Prince is a 30-year-old college graduate from Kennewick, Wash. She received a B.A. in Speech from the University of Hawaii at Manoa, where she was also a member of the inter-collegiate volleyball team. Currently, it's believed she is a special ed teacher.

Other than that, Prince has also had the pleasure of spending some quality time with K-Feds' exes — she's hung out with Britney Spears and her sons Jayden and Sean Preston, as well as Shar Jackson, and her daughter Kori and son Kaleb. Prince's daughter Jordan was Federline's fifth child.

Cheers to K-Feds and V-Prince, and here's hoping Kevin was able to reuse that amazing pimp tracksuit he wore for his wedding to Britney. Once was never going to be enough.