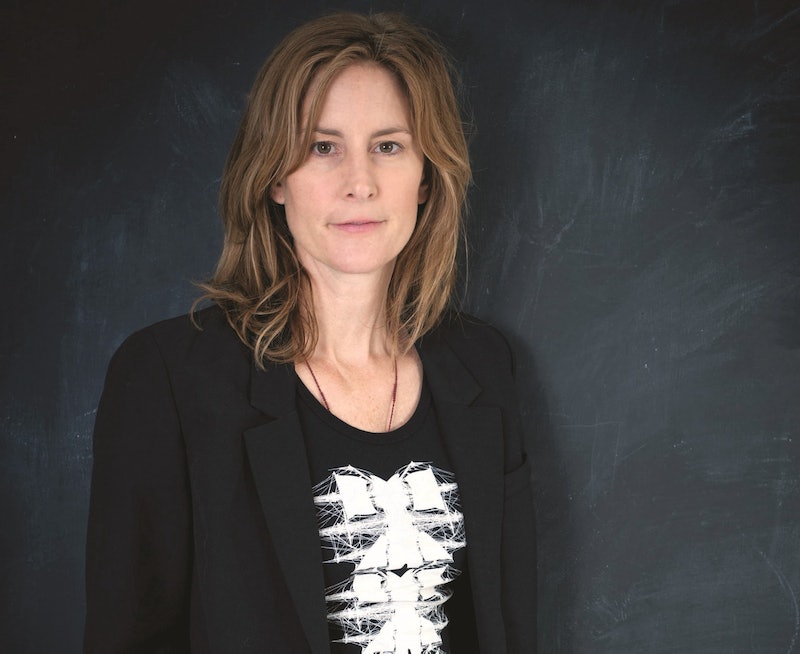 Poet Gertrude Stein declared that Paris was the place where the avant garde artistic movement — of which she was an integral part — was born. Using Stein’s declaration as a muse, Susan Conley’s heartfelt Paris Was the Place (Knopf) taps into the all the glamour and intrigue of the City of Light while also focusing in on the lives of those who — legally and emotionally — don’t actually belong.

The novel’s sensitive and oft-impulsive protagonist, Willie Pears, follows her older brother everywhere, and when Luke settles in Paris, Willie, naturally, follows suit. She goes about making Paris her home, but she is constantly hounded by her past. Tormented by the recent death of her mother and the absence of her father, Willie redoubles her affection for her brother and clings to her relationship with her close friend and fellow ex-pat Sara. Willie is also anxious about the uncertain future, as she falls deeply in love with an alluring French lawyer, Macon, and forges deep connections with several immigrant teenage girls at the local detention center, where she had recently begun to teach. Through it all, Willie finds comfort in words —specifically, the language of poetry — as she struggles with the all-too-real complications of everyday life.

Conley reflects on her novel with Bustle, adding layers — and even a little more beauty — to the masterfully-rendered portrait of Paris and her characters. Read after, well, reading.

BUSTLE: You describe Paris in such intricate detail. What specifically appeals to you about the city? Why did you choose it as the setting for your novel?

SUSAN CONLEY: I lived there in the late ‘80s and I wanted to capture the thrill of being a foreigner in a city that is always looking over its shoulder at the past — a city that’s been home to so many different foreigners, but doesn’t always make for an easy home for them. And I wanted to try to make Paris come alive in all its beauty on the page — its delicious food and ornate bridges, its cobblestone alleyways and music — so that the city lived in the novel like a whole other character.

Willie, Luke, Macon, and the girls in the detention center are all French immigrants. How emotionally connected are they to their birthplaces, as opposed to Paris?

Willie and Luke, the brother-sister pair, are American ex-pats who love living in Paris but are always outsiders. Their true home is California and that’s their deepest connection to place. When I lived in Paris, it was rare to find Americans who’d been fully accepted by the Parisians. Sometimes the men and women from away who’d married Parisians were able to slip into the inner world of Paris. But not often. Still, it’s very possible for Willie and Macon to carve out their own lives in the city—their own ex-pat version of Paris. Macon is half-French and Paris has become the place that defines him. He is incredibly tied to Paris and to his work there.

The girls at the detention center are longing for their birthplaces, in far-flung villages and cities all over the world. But they have to bury this longing to try to hang on emotionally during the long legal process that’s involved with trying to become a legal foreigner in France. Paris means very little to the girls. Paris is just a place they’ve landed where people speak French and the trains run on time.

In the novel, you explore love of all shapes and sizes — parental love, sibling love, romantic love, love for the as-of-yet unborn and love for those who have already passed. To what extent is Willie defined by her relationships with the people in her life — past and present?

Willie gets to experience a big, sweeping, knock-you-off-your-feet kind of love in this novel. Much of the book is about how and if she can allow herself to love like that — to fully give herself to Macon and also to the people around her. Throughout the book, she’s turning over her relationships in her mind and beginning to understand how much love (romantic love, sibling love, parental love) needs to be about acceptance. And about forgiveness. She learns this slowly. She learns it the hard way, and because of that, she grows up.

On Willie’s first day at the detention center, she declares that the girls “need poetry.” In Willie's eyes, what is so powerful about poetry?

She’s made poetry her life’s work — not the writing of it, but the understanding of it, the parsing of it for her students at the colleges where she teaches. Poetry is so powerful to Willie because its full of great amounts of compressed emotion, and when we first meet Willie in the novel, she hasn’t yet learned how to fully express her own emotions. So she uses poetry in her life as a bit of a stand-in for her own real emotion.

When Willie recalls the time her father left, she mentions that words became a comfort for her. Each chapter in the book is prefaced by a word and its definition, suggesting that she still uses words and definitions to give her life order. How does defining things help Willie cope with life’s many difficulties?

That’s it exactly — Willie does use words to create order in her life. There is a succinctness to the dictionary definitions that pleases her. When other pieces of her life feel like they’re spinning, the words give her a false sense of control. Willie loves the arcane definitions, and the bizarre definitions that have so little to do with the actual meaning of the word. She likes to have fun with words and to use them to open up whole rooms of learning for the girls at the detention center.

In middle school, she got hooked on words during that rough patch with her father, and she’s never fully let go of her fascination. What's more, poetry feeds her appetite for words. Poetry says the unsaid. Words are its vehicle. In this way, poetry transports Willie over and over.

Willie becomes so close to some of the girls at the detention center — specifically Gita — that she turns into a sort of mother figure for them. Where is the line between teacher and parent? Does Willie have trouble toeing that line?

I think that the line between teaching and parenting is a blurry one. There are pieces of teaching that are very close to pieces of parenting. But an excellent, experienced teacher knows the boundary line and knows that to be a great teacher you need to step back at a certain point. Teachers are there to offer new ways of considering the human experience and new tools. Willie gets herself into trouble because the line for her is too blurry between being a mother and a teacher. She just lost her own mother and she has this urge to parent the girls, even though she knows it’s not the right thing to do.

As a teacher in the detention center, Willie connects to the young girls by guiding them through the writing of their personal narratives. Talk about your non-profit creative writing lab, The Telling Room. What kind of an effect can the writing or telling of one’s story have on a person?

At The Telling Room, we watch the power of storytelling change students’ lives over and over. It’s an incredible thing to witness: children narrate their own stories for the first time and you can see the confidence begin to spread in their faces and shoulders. Our students start to feel that it’s safe to take personal risks and share who they really are. And once they do that, once they tell their stories, they gain something we call "emotional literacy." The outcomes can be pretty dramatic if kids are given time to write creatively every week: much higher high school graduation rates, college admission, and job retention. Not to mention the pleasure that comes for the children in simply being heard.

How did you learn about the plight of immigrant girls in Paris? Is this an issue unique to this city, or is it prevalent in other places as well?

There are waves of teenage immigrants and refugees all over the world. We now have entire deportation centers set up for teens here in the U.S. There are also young children in those centers—kids who aren’t even teenagers yet. I could have picked any city in the world to set my book in, and I would have found a teenage refugee center there. I chose Paris because it’s the city of lights. The city of love. So the contrast between the world inside the refugee center on Rue de Metz and the world outside it at a place like the gorgeous Luxembourg Gardens on the Left Bank is all the more striking.