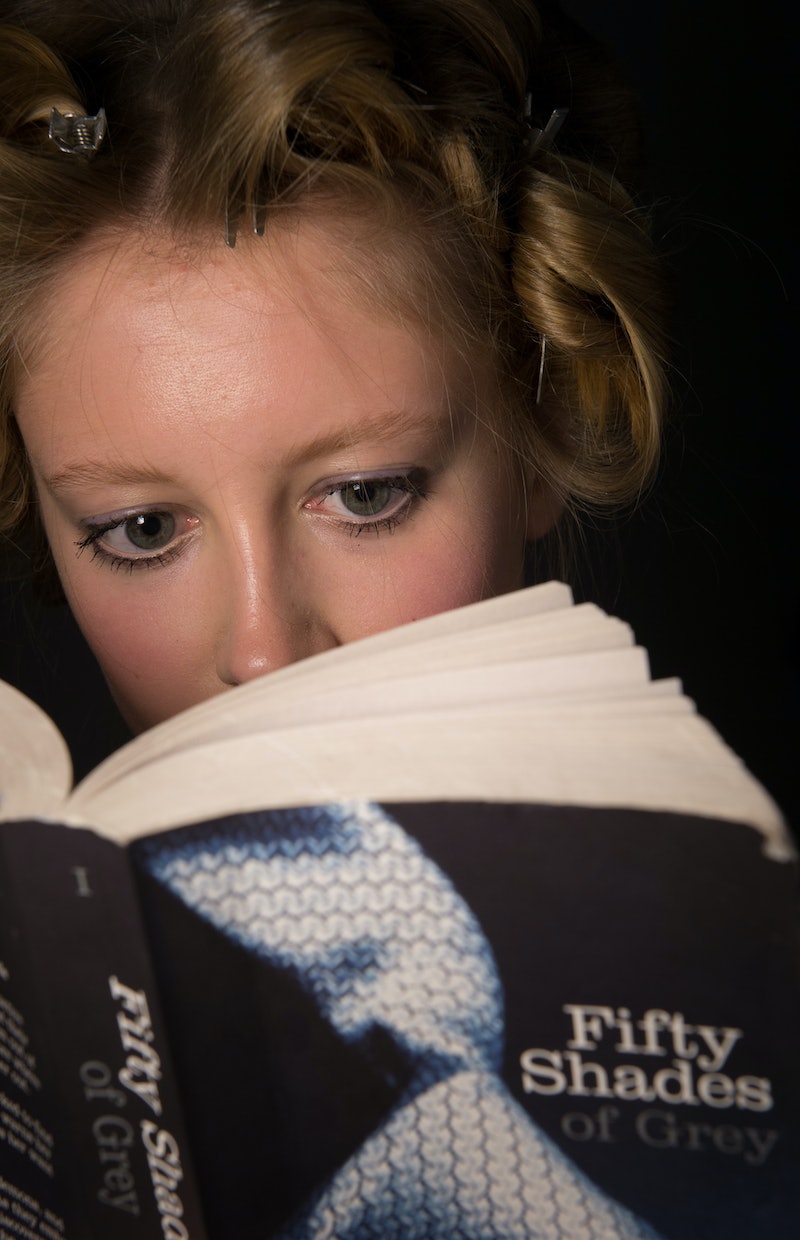 A new study, conducted by Amy Bonomi of Michigan State University and two additional researchers from Ohio State, has found that E.L James' international bestseller Fifty Shades of Grey promotes sexual abuse. The study honed in on the U.S. Centers for Disease Control and Prevention's guidelines for what constitutes partner abuse, citing stalking, isolation, humiliation, and a lack of boundaries as elements of Fifty Shades of Grey that also coincide with the aforementioned guidelines.

But this is merely an official, scientifically backed statement of what the Internet has already known since the release of Fifty Shades. However sexy and steamy the book might be, the relationship between Ana and Christian — which relies on Ana's submissive state, and takes advantage of the character's uncomfortably low self-esteem — is not healthy, and the widespread success of the book hasn't done the world of S&M (or women) any favors. But what is most interesting about this study is the response of those who disagree with its findings.

E.L James, the author of Fifty Shades of Grey, has said, "People who think that are sort of demonizing women who actually enjoy these kinds of relationships. What people get up to behind closed doors, providing it is safe, sane, consensual and legal, is completely up to them and it’s not for you, I or anybody to judge."

We think if it goes on behind closed doors, it’s nobody’s business. How many murder suicides do we have to continue to see? If people see someone beating a child hard, they’re likely to step in, say something or report it. That’s not so true when people know a woman is being beaten.

Just see the scene following Ana's first spanking, during which she goes home and cries. Her roommate Kate is forced to call Christian, because she doesn't know what's going on and therefore can't help her friend. If that doesn't tick the isolation box for an abusive sexual situation, I'm not sure what does, and the helpless co-dependence doesn't do Fifty Shades any favors either.

Predictably, there has been a fierce backlash of defensive posturing that imitates E.L James' initial responses to cries of sexual abuse depicted in her novel. One woman said that she viewed the novel as a form of role playing, versus actual violence, but in that we see a reaction that responds to a different issue than the one covered in Bonomi's study. If we can't have an open conversation about sexual abuse that acknowledges its reality, then Fifty Shades of Grey has already done immeasurable damage.

Additionally, if studies examining our culture — and how it relates to violence and oppression — are met with skepticism and anger, then we have no hope of responding to the problems actually found therein. It’s not a crime to like Fifty Shades of Grey, but regardless, it is an urgent necessity to consider the consequences of stories like these becoming part of the public consciousness. If we don’t, we might be damning the next generation of women and men to harmful interpersonal relationships, and that won’t do any good for any of us.

More like this
Why The '365 Days' Sex Scenes Are Good, Even If The Movies Aren’t
By Arya Roshanian
The 20 Best Audiobooks To Fall Asleep To
By Aoife Hanna and K.W. Colyard
At 28, Minnie Driver’s Personal Life Was “Falling Apart”
By Kate Dwyer
Meet The Disney Imagineer Bringing 'Guardians Of The Galaxy' To Epcot
By Charlie Mock
Get Even More From Bustle — Sign Up For The Newsletter