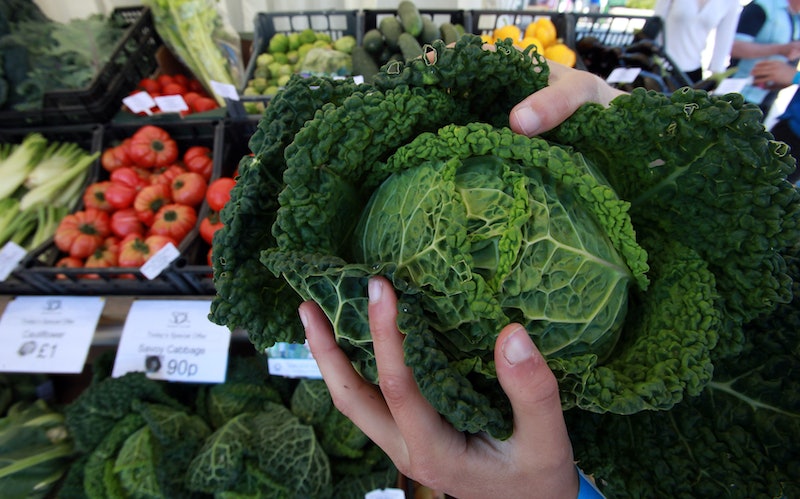 We live in a culture where being fat is considered about the worst thing a person could ever be, and where weight loss is treated as some magical thing that will automatically make your life better. The reality, naturally, is much more complicated, and in fact science is now saying that dieting actually makes people more unhappy. Because of course it does.

According to a large-scale research study from the University College of London, people who lose weight via dieting were almost twice as likely to feel sad and lonely as those who stayed the same weight or even gained weight. Yikes!

The researchers said part of the effect might be from the difficulty of dieting itself, which to me makes a lot of sense since I'm someone who always feels better after a pint of Haagen Dazs. Besides, sticking with a diet often requires a lot of internal criticism, lest you forget why you wanted to diet in the first place and eat that second helping after all. It's not really a pleasant way to live, and it's no wonder it takes a toll on your happiness.

But interestingly, the researchers theorize that another part of the puzzle behind dieting's emotional toll may very well be the disconnect between what society tells us weight loss will bring and what happens in reality. People who lose weight expect that their slimmer look will bring all sorts of positive change to their lives and then get disappointed when it turns out the only thing that's changed is their weight. Though people definitely treat skinny people better in general, losing weight can't automatically solve your problems. And once people realize this, they feel disappointed and unhappy.

The subjects in this study were all men and women over the age of 50, so these results might not apply to younger people, but the fact remains that people everywhere should remember that they are more than their weight. Being overweight doesn't automatically mean that something's wrong with you or your life. Being skinny doesn't mean your problems magically go away. Though losing weight can bring health benefits for many people, a person's emotional life is about a lot of things other than their weight (or at least it should be), and pretending that weight loss is some ultimate fix for anything is only going to lead to disappointment.

So maybe instead of making ourselves depressed over our weights we could, I don't know, try accepting our bodies or something? Crazy idea, I know, but it might just work...

More like this
These Are The 3 Most Mellow Zodiac Signs
By Kristine Fellizar
These 4 Zodiac Signs Have Naturally Inquisitive Souls
By Nina Kahn
Wimbledon Alters All-White Kit Rule Amid Candid Period Discussions
By Catharina Cheung and Rachel Mantock
Here’s Your Daily Horoscope For December 2, 2022
By Mecca Woods
Get Even More From Bustle — Sign Up For The Newsletter