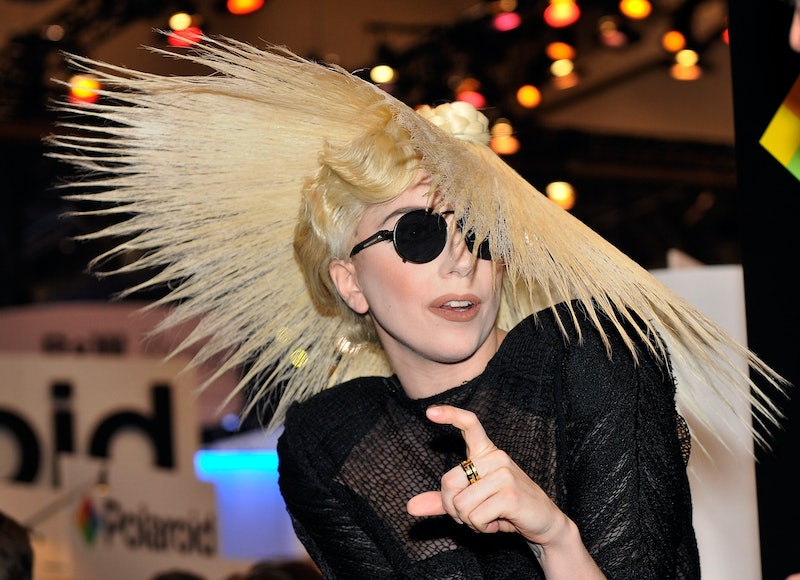 Celebrities are somewhat obsessed with creating eponymous perfumes, and it appears that Lady Gaga is now ready to release her next great scent, according to an Instagram post published on August 7. Though Ms. Germanotta dipped a toe into the perfume market with her Fame Black Fluid Eau de Parfum, this scent may be a bit more personal. Gaga uploaded an image of herself clad in a dress reminiscent of something Donatella Versace might wear paired with cascading blond curls, seductively entangled in the limbs of several chiseled looking men. Her concise caption reads: "EAU DE GAGA coming soon. Photo by Steven Klein." Klein was also responsible for the campaign images surrounding the launch of Fame in 2012, which depicted a masked, nude Gaga covered in miniature crawling men.

Leave it to Lady Gaga to spring an announcement like this on her unsuspecting fans after keeping mum for months. And if the picture Gaga posted is any indication, those months were quite a hoot. So what can consumers expect from this next cologne? From the name alone, I would guess the perfume evokes Lady Gaga's fearless confidence, and contains a number of bold, unabashed undertones. But while the world eagerly awaits the scent's debut, Gaga's Little Monsters will simply have to daydream of the perfume in all its undoubtably eccentric glory.