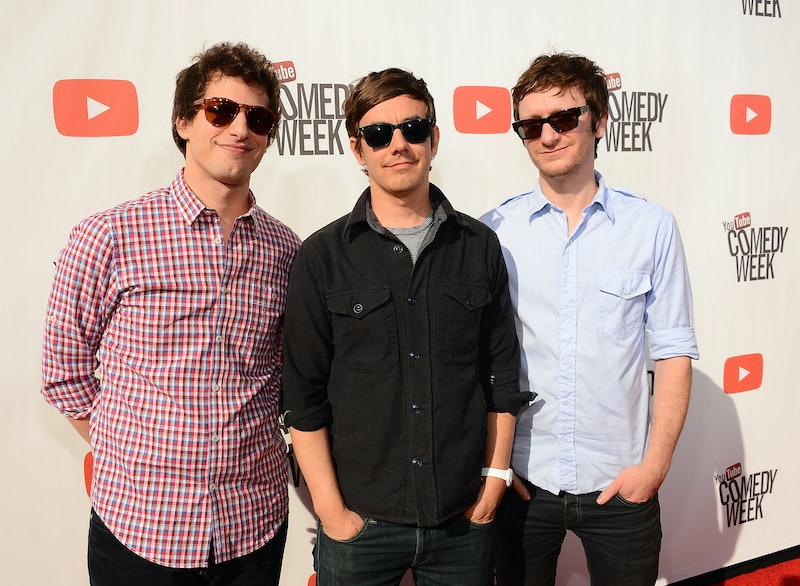 Universal Pictures will be producing the untitled film featuring Andy Samberg, Akiva Schaffer and Jorma Taccone with Schaffer and Taccone co-directing the flick. (If you'll recall, the pair also directed the, in my opinion, severely underrated Hot Rod). While we know very little about the plot so far, we do know that it will be set "in the music world" and will, fingers-crossed, feature some killer new tracks.

So while that's all the info we have right now, we can already count our lucky stars that such a brilliant idea, with an even brilliant-er (just go with it) director attached. Who knows, maybe Justin Timberlake will even pop in for a cameo.

Or you know, one of the other awesome A-listers they snag for their musical shorts on the daily.