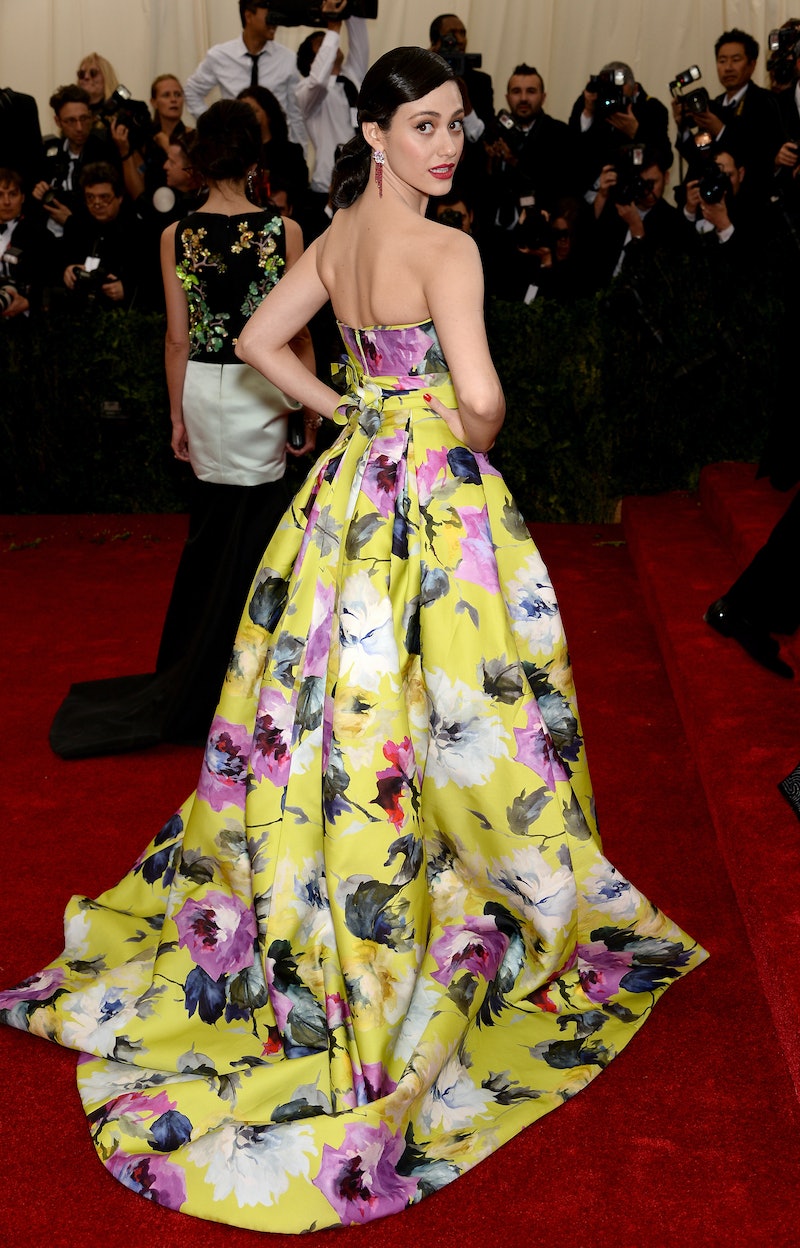 Living in New York City, there is never a shortage of amazing things to do — museums to visit, shops to hit, restaurants to dine in, Broadway shows to attend. And while I’ve done all of that, there’s one iconic activity I’ve yet to undertake since I started calling NYC my home: watching a performance of the New York City Ballet. But thanks to the recent announcement that the NYC Ballet will have costumes designed by Carolina Herrera, Mary Katrantzou, and Sarah Burton, among others, for the company's fall gala I no longer have an excuse not to head straight to Lincoln Center come September.

While a number of high-fashion brands and designers have created pieces for the New York City Ballet in the past, the ballet company is bringing on another slew of big-name designers for this year’s annual fall gala on September 23, pairing up Herrera, Alexander McQueen designer Burton, and British designer Katrantzou — along with fellow English designer Thom Brown and fashion legend Valentino Garavani — with one of the company’s many amazing choreographers.

Though the costumes have yet to be seen, you can bet these will be the chicest ballerinas ever spotted on a New York stage. And because a girl can always dream, here are 11 of Burton's, Herrera's, and Katrantzou's most glorious red-carpet gowns that I hope inspire the sure-to-be-gorgeous designs.

The young actress had a string of amazing premiere looks along the Maleficent press tour, but Fanning's Alexander McQueen nightgown dress was by far the most beautiful. From the romantic draping to the feather detailing, I can totally see this number in a Swan Lake routine, can't you?

Any good costume has to look just as good from the back as from the front, and the flowing, floral-print train on this glamorous number takes care of that in a snap.

3. Marion Cotillard's Mary Katrantzou dress at the New York premiere of The Immigrant

The bodice on this intriguing gown is practically a leotard already, and that eye-catching print would resonate even in the nosebleeds.

Not only is this number sleek and body-skimming the way any beautiful ballet costume should be, but its fierce gold embellishments would bring a bit of edge to a traditionally soft look.

What choreographer or dancer wouldn't jump at the chance to wear something so dramatic, flattering, and eye-catching?

The ideal mix of delicate and dark, this breezy, printed look would practically float across a stage.

The saturated hue and bold embellishment of this Alexander McQueen number would bring even more excitement to a beautiful performance.

Shorten that hem a few inches and you can practically see the principal ballerina fluttering around the stage on pointe in this fabulous floral ensemble.

With its off-the-shoulder silhouette and dramatic peplum detailing, this dress is already nine-tenths of the way to being a ballet costume.

Not only is that bustier bodice absolute perfection, but the gilded detailing and draped skirt would make for one really couture costume.

Sleek, sophisticated, and lightweight, every other ballet company in town would be green with envy over an outfit inspired by this lovely look.