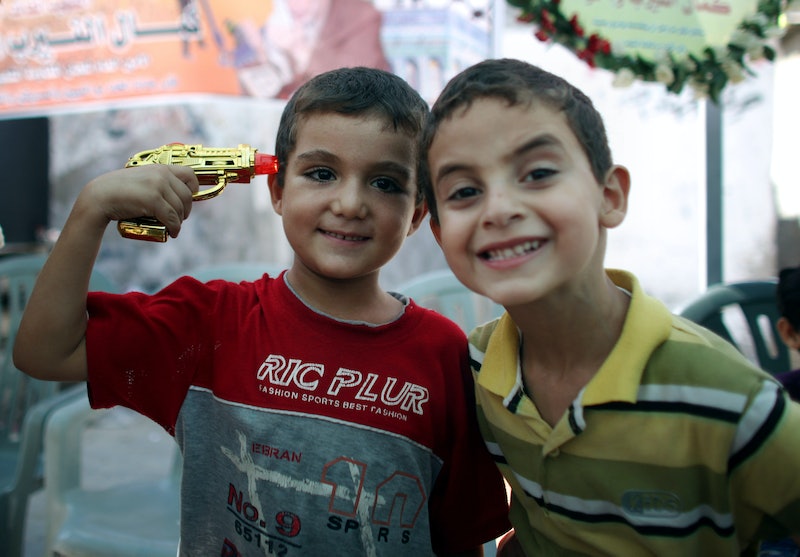 Today in depressing news, it turns out toddlers are more dangerous than terrorists. That is, if you judge danger by how many people they killed this year.

Toddlers (that is, toddlers with the loaded guns left out in their homes) have accidentally killed 11 people so far this year, whereas terrorists in the US (aka the Boston Bomber) have killed four.

Of course, the news that guns kill more Americans than terrorists do is nothing new. CNN reports that in 2010, 13,186 people died in terrorist attacks WORLDWIDE, while a whopping 31,672 people were killed by guns in America alone. But the reality that even toddlers, who can barely use a crayon, have now surpassed terrorists? Well that's just downright grim.

Feb. 24: 4-year-old Jaiden Pratt dies after shooting himself in the stomach while his father sleeps, Houston.

March 30: 4-year-old Rahquel Carr shot and killed either by 6-year-old brother or another young playmate, Miami.

April 9: 3-year-old is killed after he finds a pink gun that he thinks is a toy, Greenville, S.C.

May 1: 3-year-old Darrien Nez shoots himself in the face and dies after finding his grandmother’s gun, Yuma, Ariz.

May 7: 3-year-old Jadarrius Speights fatally shoots himself with his uncle’s gun, Tampa, Fla.