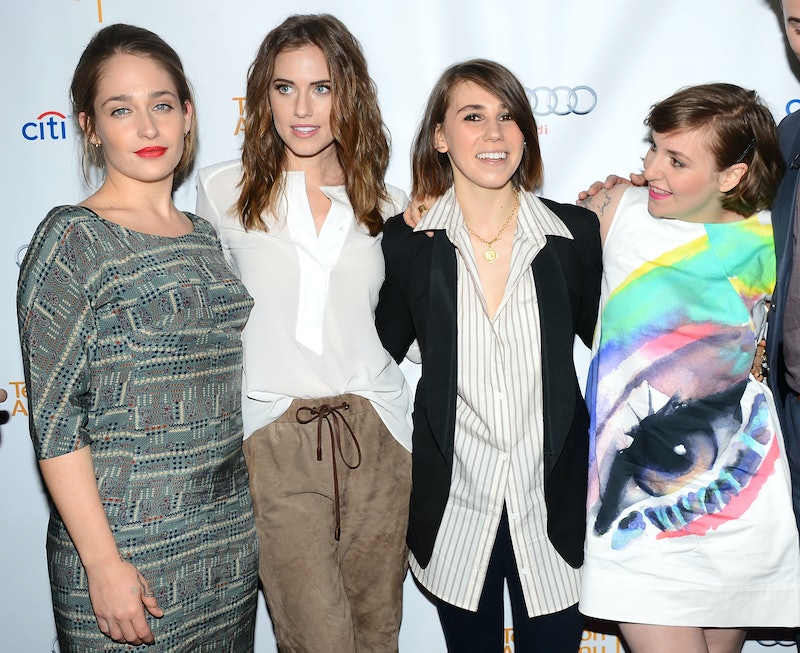 As a big fan of HBO's Girls, I like that it's pretty polarizing. I think it speaks to the innovativeness of the show that it's so divisive, and it has a lot of people talking about sex, privilege, and body image. A dialogue is always good, and I typically learn something from any conversation I have about the show.

I usually defend Girls, but I'm more than happy to hear out others' opinions on it. It's not perfect by any means, and I think I'm pretty open to criticism. However, there are a few complaints that I hear a little too often about Girls. Many of this criticism seems to come from the belief that much of what the show accomplishes is unintentional, as though Lena Dunham is trying and failing to create a likable, hip world. I believe that almost all of the imperfections people see displayed on the show are purposeful. Dunham herself has addressed this, saying "there are definitely people who feel like the characters on Girls are intolerably in their own heads and they don't understand the purposeful part of that." Dunham and the show's writers and producers are smart people, and they set out to create something different. Here are some of the Girls critiques I hear a little too often.

Girls has a certain coldness that can be off putting to some people, and I totally understand that. However, I think that there are many shows that lack the warm fuzzies that people seem to be expecting from Girls, but receive less criticism. Sure, everyone on Girls seems to be promoting their own selfish agendas. But what are characters on Mad Men doing, or Game of Thrones? I'm not saying these shows don't receive similar criticism, but I think people expect positivity from a show about four female friends. The fact that it doesn't always deliver heartfelt makeups is what makes it so real and nuanced.

"The sex is gross"

"You remind me of Hannah/Shoshanna/Marnie/Jessa"

Ouch! Whereas the Sex and the City ladies had their own recognizable positive qualities, the Girls leads are all pretty horrible. Girls who talk fast are often called Shoshanna, free spirits are Jessa, ambitious or serious girls are Marnie, and Hannah is... everyone else? Unfortunately, I have never known any real girl to be flattered by the comparison, so just stop.

This complaint is totally valid for any show that focuses entirely on white people. The race problem on Girls is real, and it has often been handled poorly when addressed by the show's staff. Girls has been accused of only taking first world problems seriously, however the idea of "first world problems" is highly problematic. Though some of the show's tension comes from problems experienced by middle class white women, it also deals heavily in the highly universal matters of love, dashed expectations, and female friendship. Does Girls have a race problem? Yes. Do I still think Girls is a worthwhile and relatable watch for people of many different backgrounds? Yes.

"I don't want to see that much nudity"

"All of the characters are selfish"

Again, I do think there is a double standard in the amount of selfishness a male TV character is allowed versus a female character. People sometimes act like they are the first to ever dislike the characters on Girls. You aren't supposed to like them. That's the point. Girls shows an often exaggerated version of real life selfishness, and its characters are unlikable in the way that our worst selves are unlikable.

"It makes me too uncomfortable"

Good comedy makes you uncomfortable, as any Office fan will tell you. Additionally, Girls has something to say, and the reason it makes you uncomfortable is probably because you recognize yourself, your friends, or familiar situations in its stories. It's not a heartwarming show, but it's not supposed to be. Just watch New Girl or something after.

"It's just for hipsters"

Yes, Girls has a hip soundtrack and features characters who can be seen as hipsters. However, I don't think knocking the target demographic of a show is a real way to criticize it. Additionally, Girls bluntly displays the aimlessness and selfishness that hipster culture is often accused of; it's not a rosy depiction.

Girls has a bit of a genre problem, as it seems very evenly balanced between a drama and a comedy. And I agree; it's rarely laugh-out-loud funny. However, just because it's often described as a comedy doesn't mean that its only value is in its lighter moments. The humor on Girls is often subtle and a little uncomfortable. While not uproariously funny, it has its moments of humor that skewer a particular character or emotion in real and relatable ways. Think of Marnie making that video for "What I Am." Though it might not be strikingly funny, her self-involvement is, like most of the show, tragic, hilarious, and strikingly familiar.