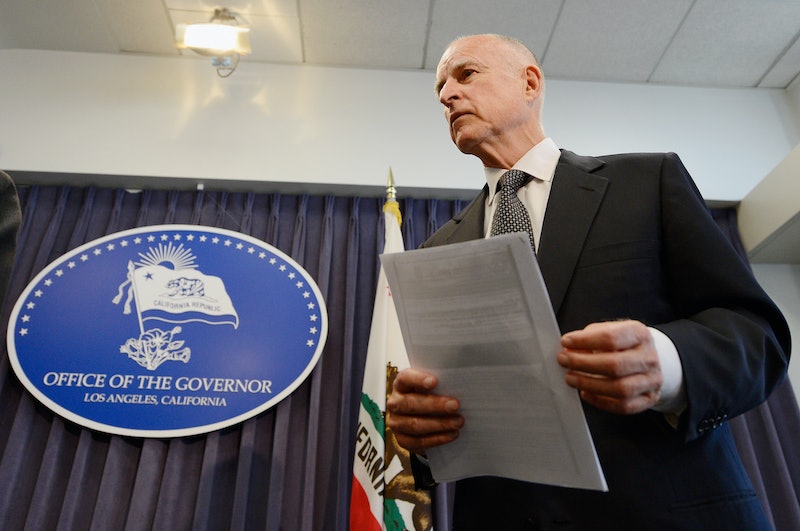 Democratic California Governor Jerry Brown signed a groundbreaking bill into law Monday that will protect the ability of transgender students in his state to identify by whatever gender they associate with, regardless of biological gender.

The bill will allow transgender students in grades K-12 to use whatever bathrooms or locker rooms they feel most comfortable with based on their gender identity. The law is the first of its kind.

Transgender children are slowly beginning to gain acceptance in American culture, and this bill could stand to move that process forward significantly.

In June, a state civil rights agency ruled that a Colorado school district was discriminating against a transgender first grader when it refused to allow her to use the girls' bathroom despite the fact that she had identified as a female since the age of four.

A Slate article published last month told the story of a camp for gender-nonconforming boys, and was met with an outpouring of support from the LGBT community and their allies.