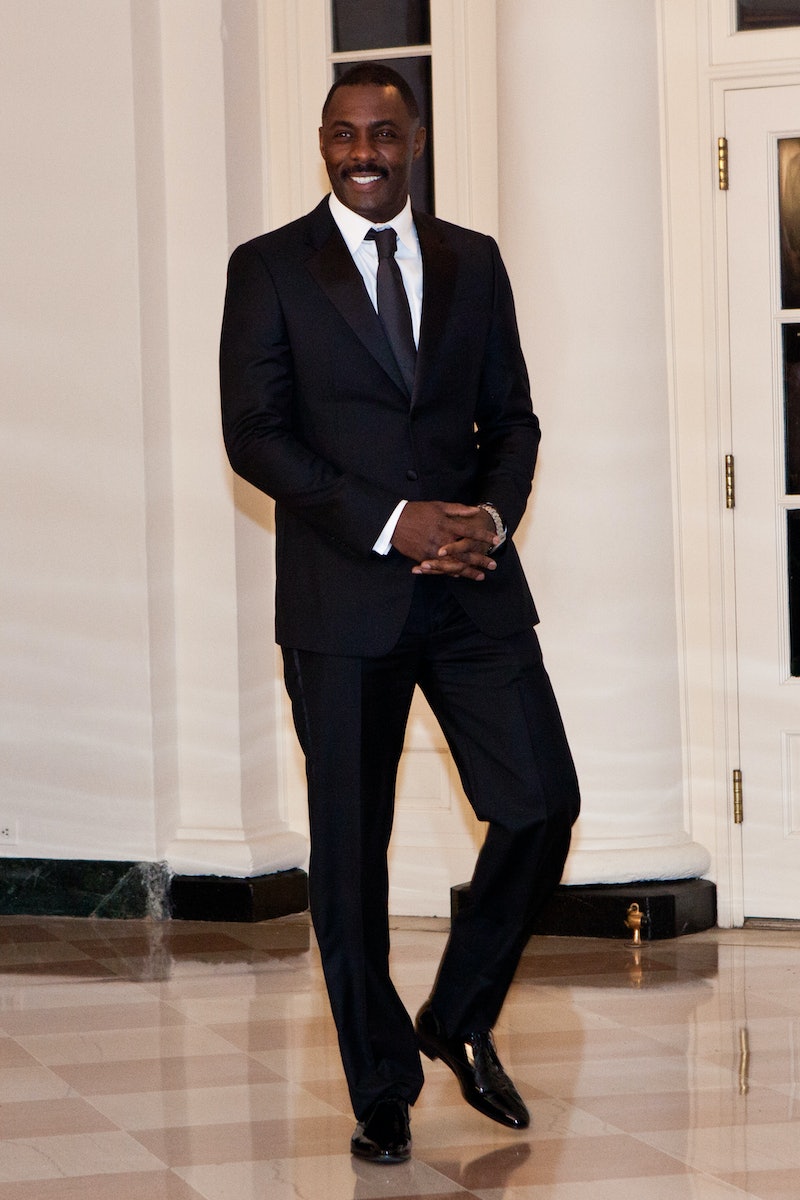 Recently, serious British actor Idris Elba joined the illustrious ranks of actors whose pants have sparked mass speculation about the size of their dicks. He should really grab drinks with Jon Hamm sometime. But alas, this time around it was not meant to be: Elba's confirmed the gigantic thing in his pants was not in fact his penis — it was a mic wire. But couldn't you just have let us have this moment a little longer, Idris?

There are pros and cons to this: On one side, it's weirdly uniting to wonder as a mass about the status of someone else's penis. On another side: That is way too much penis. Like seriously, that would have been so much penis. Like over a foot of penis.

Elba, being a good sport and a man who definitely knows the effect he has on male-attracted people en mass, took everyone talking about his dick for a day in stride. He accumulated a bunch of buzz and a whole lot of twitter followers, and then he took to twitter to clear things up:

People's reactions can be summed up with this woman's tweet:

Whatever, we'll always have the mic bulge:

And this song, which I imagine he's been singing all week:

But to sooth your crushed dreams, here's Idris Elba fooling around with a broomstick at the Wizarding World: