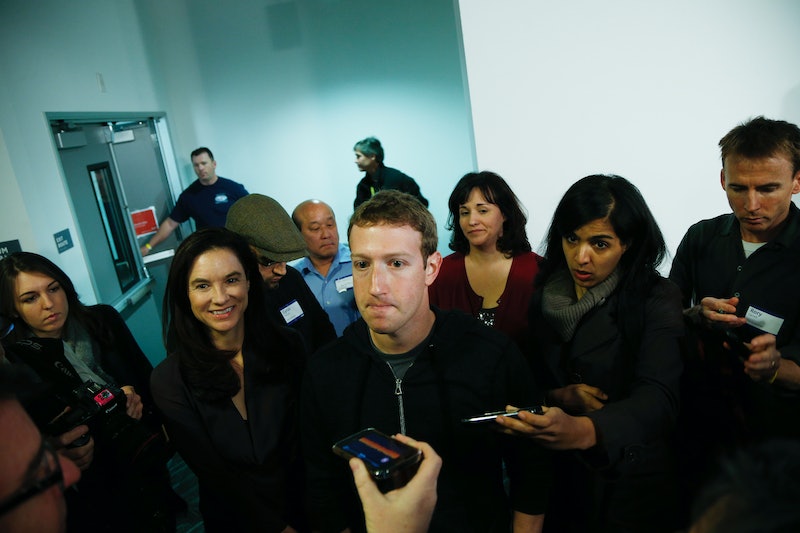 When news broke last week about a top-secret government program that allows the National Security Agency to mine massive amounts of private user data, the pressure was on for the companies that store that data to explain themselves. Across the board, tech companies played dumb, a move that wasn't terribly convincing after President Obama and United States director of national intelligence James R. Clapper Jr. confirmed the PRISM program's existence.

None of the nine tech companies implicated denied that when given a legal request, they give out information on an individual user basis. They did refute, however, the claims that they were providing the government with blanket access to their servers. Facebook CEO Mark Zuckerberg seemed perfectly happy to throw telecommunications giant Verizon under the bus, by implicitly criticizing their compliance with the NSA court order.

Here's how some of the top tech CEOs defended themselves, in eerily similar language:

Desperate to win back our trust, Google announced Tuesday that it had put in a request to the FBI for permission to release more information about the national security orders it had received. Then, on Wednesday, they bought a new mapping company that can track people. Guys. Timing.

More like this
The David Beckham Qatar Controversy, Explained
By Sophie McEvoy
Kate Middleton & Prince William Were Booed & Mocked On Their U.S. Visit
By Jake Viswanath
Here's The Role Lady Susan Hussey Played At Buckingham Palace
By El Hunt
Jude Bellingham’s Superstar Football Talent Runs In The Family
By Maxine Harrison
Get Even More From Bustle — Sign Up For The Newsletter