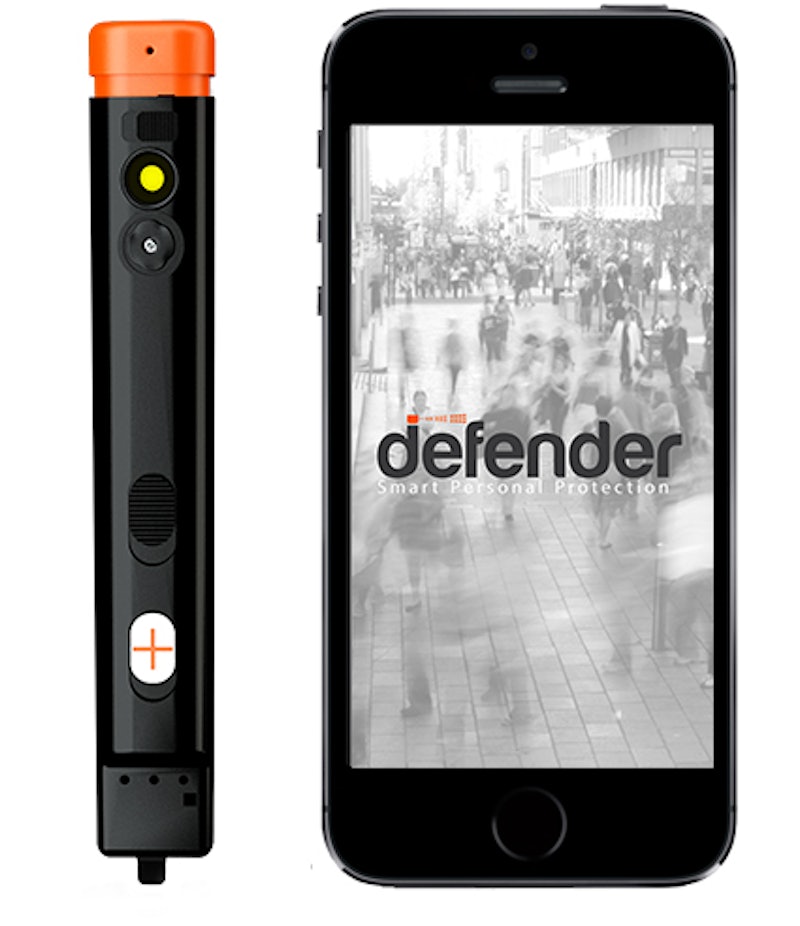 Between bejeweled pepper spray and faux-phone stun guns, it’s hard to keep up with the growing market for women’s self-defense gadgets. The latest addition? The Defender, a picture- taking pepper spray. The multi-function device will pepper spray your attacker, send a photo of them to the local authorities, and sound an alarm to alert passersby with the click of a single button.

The Defender connects to your smartphone’s Bluetooth in order to send the attacker’s picture, GPS location, and other user-authorized information to their monitoring service. It also has a separate button for medical alerts that will contact medial authorities and five contacts of your choice.

So far, The Defender looks like a success. After turning to crowd-source site Indiegogo for funds, The Defender raised its goal of $100,000 in 24 hours and currently has 2,100 units on pre-order. However, not everyone is pleased with the success of The Defender and similar products. Orla Sheehan, newly elected president of the Feminist Society at the University of Southampton, told The Guardian, "One of the fundamental issues with the Defender as marketed to women is that we should not have to carry one of these to be safe. I can't live my life in preparation for an attack."

Sheehan also has a problem with the product’s price tag. She says "It costs $179 for the Defender and one year of their monitoring…To me, this says: if you are rich, you can be safe. We should not be living in a world where a woman's income determines her safety."

Regardless of the issues, it is nice to see that companies are making innovations to improve women’s safety. Even though it is not ideal that a woman might have to use her Defender or an iPhone stun gun, the reality is that we live in a world where such gadgets are needed and just might save a life.