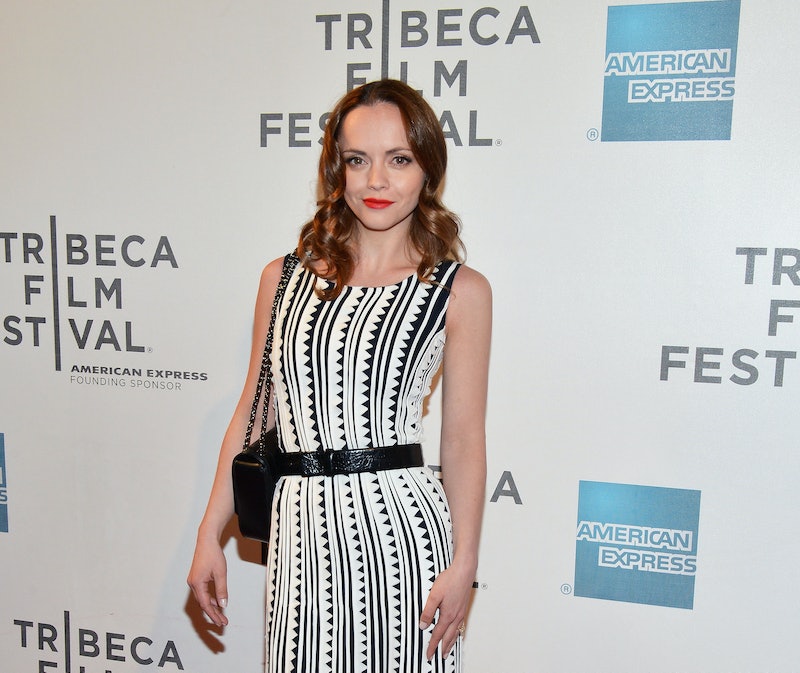 Looks like couples who meet on set can really work out sometimes — at least if they aren't both actors. Case in point, Christina Ricci —who recently welcomed her first child, a baby boy — and her husband, James Heerdegen. Heerdegen isn't quite as well known as the actress herself, but he's been working in the same industry for more than decade. The two have been together since early 2012 and married just shy of a year ago. While you no doubt know more about Ricci than her husband, you may be curious about the proud new papa. Consider this your starter course in Heerdegen studies.

HE WORKS IN HOLLYWOOD TOO, BUT BEHIND THE SCENES

Heerdegen and Ricci both make their living in Hollywood — just not the same way. Ricci, of course, is an actress, famous for her roles in movies like Casper the Charlize Theron-starring Monster. Heerdegen, however, is a behind-the-scenes guy. He works as a dolly grip, a member of the camera crew responsible for moving the camera dolly (the wheeled cart structure that the camera sits on).

CHANCES ARE YOU'RE FAMILIAR WITH HIS WORK

Heerdegen's resume is extensive. After puttering around for awhile with lesser-known projects (wonderful fact: his first job was as a grip for a film called Da Hip Hop Witch, which, as best as I can tell, is a Blair Witch send-up), Heedergen is working on much bigger projects now. You have Heerdegen to partially thank for capturing Revolutionary Road, Captain Philips, and the Sherlock Holmes-inspired television show, Elementary, on film.

Ricci was previously engaged to actor Owen Benjamin, whose screen credits include House Bunny and Jack and Jill. Ricci and Benjamin never made it down the aisle though, so Heerdegen is Ricci's first husband.

THEY MET AT WORK

Ricci and Heerdegen met in 2011 while working on ABC's period flight crew show, Pan Am. The show, unfortunately, was canceled halfway through its first season. The couple's love, however, was not — the two reportedly starting dating in February 2012.

THEY GOT MARRIED LAST YEAR

The two tied the knot in on October 26, 2013 after her rep confirmed they got engaged in February of that year. They said "I do" during a small ceremony that was held at Harold Pratt House & Peterson Hall on the Upper East Side.

Now that we know all about him, I think a proper congratulations is in order. Congrats, you two! And be sure to pay Pan Am some respect by dressing the baby up in a tiny pilot's outfit for his first Halloween.