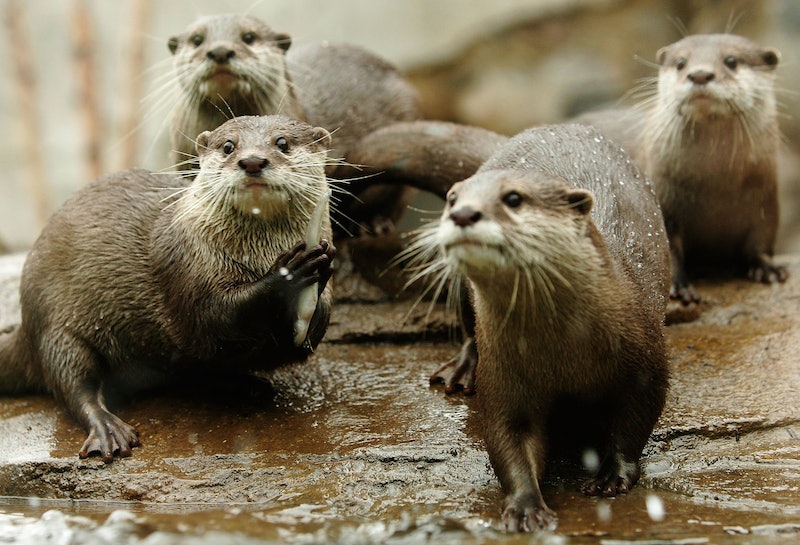 This revelation comes via an aquarium in Chattanooga who knows what's up. Or, rather, their Facebook followers know what's up: They put the naming of seven otters up to public decision and, as fate would have it, the populace demanded a Benedict Cumberbatch otter. According to Tennessee Aquarium's official Facebook, this is what the otter version of Benedict Cumberbatch is like:

Physical Description: Darkest coat of the group Personality Profile: This otter scampers, wrestles and swims but does not climb. Always first in line at feeding time, he often vocalizes around food.

The comments asking what this otter should be named are varied, but can be summed up with the following:

Understandable, Benedict won. Now, on top of a wax figure, Benedict Cumberbatch has a little otter friend operating as his namesake. This has long been fated: One of the first things that launched Cumberbatch into meme territory was denizens of the web comparing him to otters. It even got mentioned in New York Times Magazine.

*Otters pictured above are not Benedict Cumberbatch.

More like this
EJ Marcus Runs The Most Wholesome Corner Of TikTok
By Alexis Morillo
Will Beyoncé Be At The BET Awards To Perform “Break My Soul” Or Attend The Show?
By Jake Viswanath
Fans React To Kelly Holmes’ “Extraordinary” ITV Documentary
By Sam Ramsden
Winter 'Love Island' Is Officially Coming Back & Twitter Has Thoughts
By Sam Ramsden
Get Even More From Bustle — Sign Up For The Newsletter