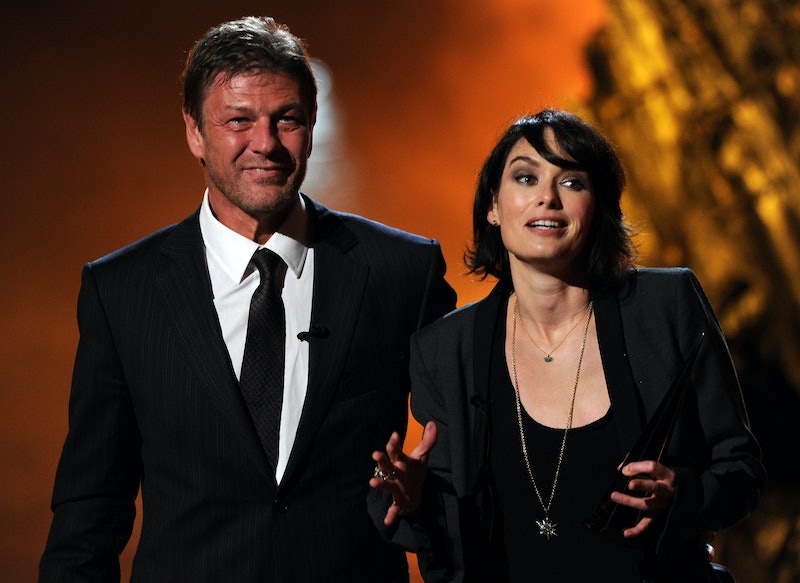 Poor Sean Bean. Not only does his name not rhyme (it should, and it makes me angry that it doesn't), but he's been killed onscreen oh, about 200,000 times or so*. He's died so many times, in fact, that poor Sean Bean can no longer do his job without biting it right then and there. He just knows it's all coming.

In reality, Sean Bean is promoting Legends for TNT, funneling his vast history of dying anywhere and everywhere into a Funny Or Die video. I respect this decision; if you can profit off of getting killed off all the time, go for it. It's probably cathartic for his actor ego; it's certainly cathartic for fans of (spoiler alert???) Lord Of the Rings' Boromir or Lord Of the Rings' Ned Stark.

Bean should really team up with people like Jeffrey Dean Morgan, who also frequently plays dead or soon-to-be dead people. They should star in a show where they're ghosts who sometimes haunt their former loved ones but mainly stand around flirting with each other and snarking on the fact that they had to die young for the sake of their art.

And in case you desired it, here's a supercut of Sean Bean dying:

*This is an estimate.