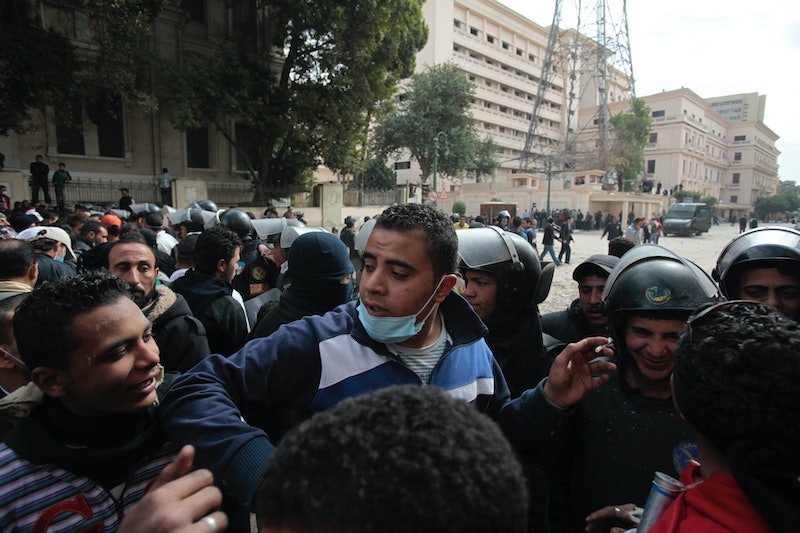 The Egyptian government's tenuous effort to "avoid bloodshed" seems to be cracking under the strain of two tense sit-ins by supporters of ousted President Mohammed Morsi, as reports of violence in Central Cairo escalate.

A Reuters reporter described a clash Monday night during which a few thousand Morsi supporters marched to the Interior Ministry, and government-supporters "hurled stones at the marchers and threw bottles at them from balconies. Police then fired tear gas at the pro-Mursi protesters... they called them terrorists and said they were not welcome."

Rumor has it that deposed members of the Morsi regime are being held in the Interior Ministry. Protestors are calling for the re-instatement of President Morsi, who was ousted from power in June. He is being held in an undisclosed location.

As the AP reported Monday, a governmental plan to gradually disperse the sit-ins was postponed after it was leaked to the press.