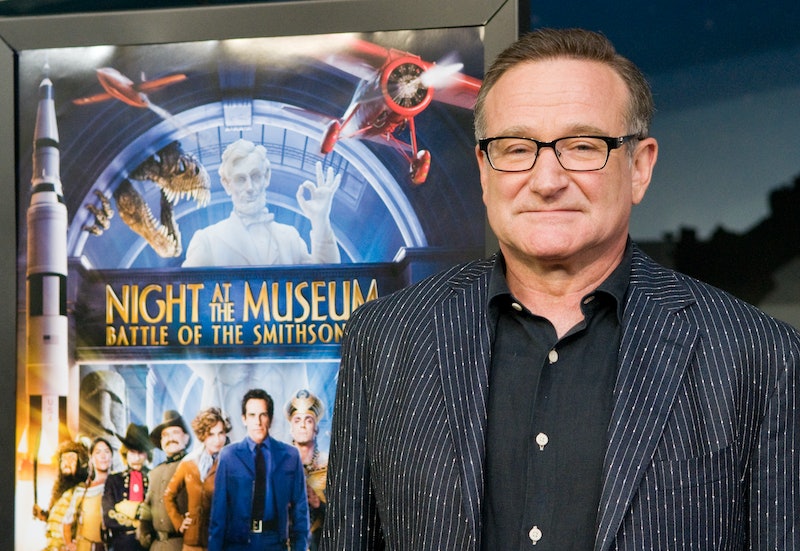 It's been a tragic 24 hours for Robin Williams' family, friends, and his millions of devoted fans. The actor died Monday morning, and the Marin County Sheriff's office just confirmed that Robin Williams died of asphyxia due to hanging. During a press conference discussing the death of the late actor, Lt. Keith Boyd said Williams' body was found "slightly suspended" in his home around 11:45 a.m. on Monday morning by his personal assistant. He hanged himself with a belt "wedged between the door and the door frame."

The conference also revealed the actor slit his wrist with a pocket knife. Chemical substances were found in his system, but a toxicology report will not be made available for approximately two to six weeks.

Susan Schneider, Williams' wife, last saw her husband the previous evening around 10:30 p.m. when she went to sleep. Williams went to another room to sleep, and that was the last time anyone saw him alive.

This is an active investigation and there is some information that will be withheld until a final press conference in several weeks.

As we know, Williams' was battling depression, and his representative's statement echoed this fact:

Robin Williams passed away this morning. He has been battling severe depression of late. This is a tragic and sudden loss. The family respectfully asks for their privacy as they grieve during this very difficult time.