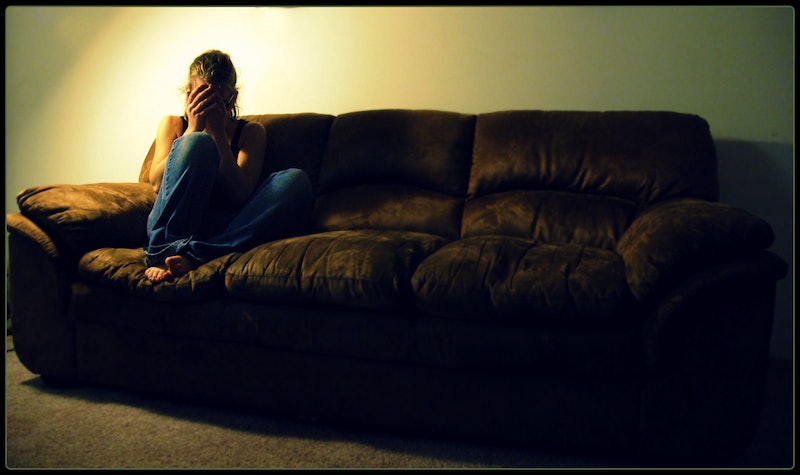 It seems almost everything can be done online: Booking a holiday, finding a spouse, getting a degree. But can psychotherapy take place in cyberspace?

Web-based counseling has become increasingly popular over the past few years, with sites like Breakthrough.com and MyTherapyNet.com helping therapists connect with potential patients and providing a platform for them to conduct “sessions” via instant messages, emails and video chats. Whether or not virtual therapy is effective has yet to be conclusively determined, but a recent study suggests that, when it comes to treating mild to moderate depression, online counseling may be at least as successful as face-to-face sessions.

Researchers from the University of Zurich rounded up 62 patients suffering from moderate depression and split them into two groups. One group was treated online, through email or IM, while the other group received traditional face-to-face counseling. After eight sessions, online counseling appeared to be yielding slightly better results: 53 percent of those treated digitally were no longer considered depressed, compared to 50 percent of those who had met with counselors in person. Three months later, the researchers were in for another surprise: 57 percent of those treated online remained depression-free, versus only 42 percent of those who had received real-life treatment.

“In the medium term, online psychotherapy even yields better results,” the study’s author, Andreas Maercker, said in a press release.

Researchers speculate that the success of web-based therapy could be due to the ease with which patients can save and refer back to their online conversations with therapists; those who only engage with counselors verbally may be more likely to forget the advice they are given.

While this study certainly has its limits — its relatively small sample size, for example, and its focus on cognitive behavioral therapy to the exclusion of techniques like psychoanalysis and medication — its findings cast doubt on long-held beliefs about the importance of face-to-face interaction in mental health care.

“Web-based therapy is a brilliant way of making services available to people who may have difficulties in accessing therapy otherwise, because they work full time for example, or because they would feel anxious about coming to a clinic for face-to-face appointments,” says Dr. Rachel Tolfree, a clinical psychologist in London.

When you consider that only half of Americans with a severe mental illness are receiving any kind of treatment, online therapy doesn’t seem like such a bad idea.

Indeed, more and more people are turning to the Internet for their medical needs, both physical and psychological — from shopping for doctors to diagnosing themselves and even purchasing drugs (with or without a prescription). According to one recent study, 72 percent of Internet users in the U.S. have turned to the Web for medical information, with more than a third trying to diagnose themselves online. Many people suffering from mental illnesses also seek help from online forums and support groups.

Not all psychiatrists, though, are convinced of the merits of virtual counseling.

“I cannot imagine how online therapy can be as good as sitting in a room with a real person,” says Dr. Kathy Krauthamer, a psychoanalyst in New York. “I am skeptical of these findings.”

Dr. Krauthamer fears that online therapy neglects one of the most central aspects of treating patients with depression: Getting them to engage in real-world human interaction.

“Depressed people often want to avoid people, but contact with people is what they need,” she says. “Therapists need to not play into the depressed person's need for avoidance.”

Dr. Miguel Farias, a lecturer in the Department of Experimental Psychology at Oxford University, is equally dubious.

“The determining factor in the success of psychotherapy is the bond created between the therapist and the patient/client,” says Dr. Farias. “This makes me rather skeptical about the long-term efficacy of an online therapeutic relationship. Imagine sustaining a romantic relationship with someone you met online but never actually got to meet.”

Even Dr. Krauthamer admits, though, “Online therapy may be better than no therapy, especially if the patient has had a real relationship with the therapist in the past and it is the only option left.”

Could the computer replace the couch as the symbol of psychiatry? Freud must be turning in his grave.