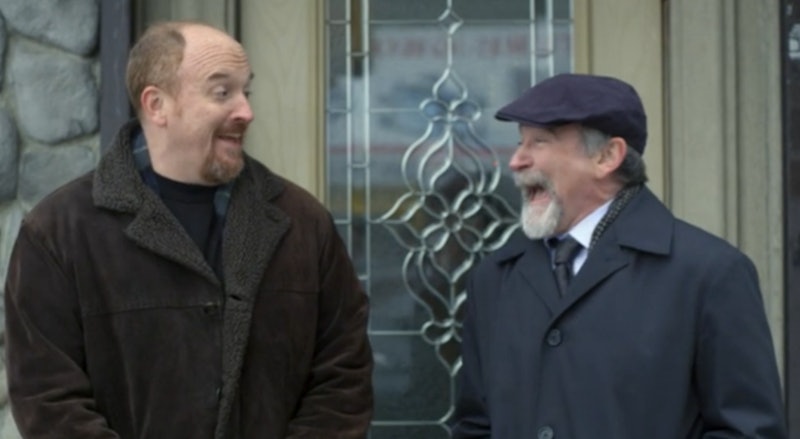 Oof. When someone like Robin Williams dies, it can feel at moments like the whole world's taken a break to mourn him. That's not true, of course — the world doesn't really know how to stop, even when it should. But there's a lot of reminiscence happening right now, in fitting with the legacy a legend like Williams leaves behind. This is amplified, it would seem, when some of what the departed left behind dealt explicitly with death — like Robin Williams' episode of Louie .

Centered around the death of a (not particularly well-liked) club owner, Williams and Louis C.K. share a moment at the end of he episode wherein they promise to attend each other's funerals. Given the obvious circumstances, the moment's going a bit viral following Williams' passing.

One video title proclaimed this a "foreshadowing of Williams's death" — but considering that all of us die eventually, let's consider this more of a melancholy acknowledgment of mortality between peers. Considering these peers are comedians — AKA people who devoted their lives to a career of making people laugh — it just makes it all the more bittersweet.

You can see screenshots of the scene below, and video below that: