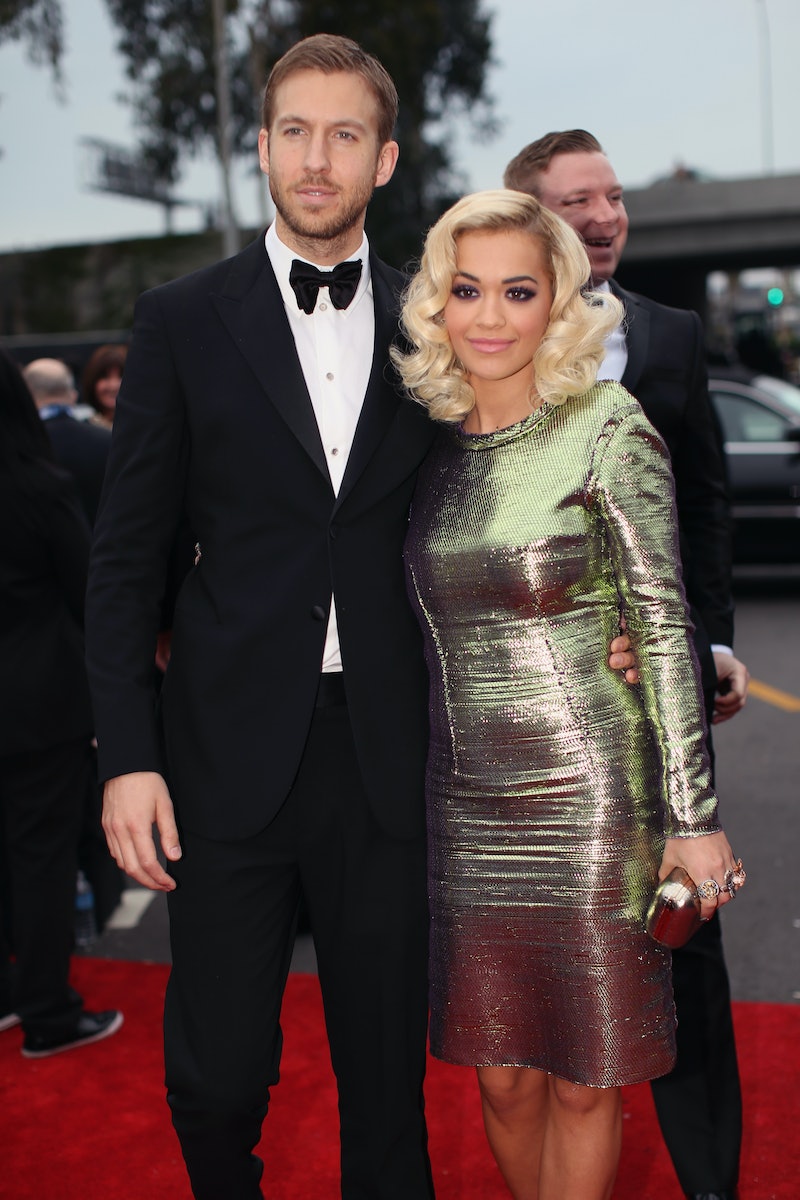 When pop diva Rita Ora broke up with her DJ/producer beau Calvin Harris in June 2014, initial reports and interview soundbites circled that the split was amicable and that all was well in the land of Ora-Harris. Turns out, those reports are a steaming pile of garbage, and the beef between Rita Ora and Calvin Harris is getting a little out of hand. Ohhhh young celebrity love, how I love to watch you crash and burn. Supposedly, the dramz going down has gotten so intense that it's verging on full blown feud territory, so much so that their breakup threw a giant wrench in the Teen Choice Awards in August.

If these two weren't famous musicians, Harris would be the spiteful ex-boyfriend who changes the Netflix account password post-breakup so you wouldn't be able to continue binge-watching House of Cards. Since their relationship is on a slightly bigger scale and the reason behind their breakup had ties to the Justin Bieber, Harris did the next best thing: He went to extreme lengths to prevent Ora from singing her most recent hit, "I Will Never Let You Down," at the Teen Choice Awards. Since he wrote and produced the track, he decided the best revenge would be barring her from performing it for a bunch of screaming, One Direction-obsessed teenagers at the last minute, royally pissing off his ex-gf. To quote celebrated icon and philosopher Cher Horowitz, "That was way harsh."

Rita uploaded the below image to Instagram along with the caption "Sorry I couldn't be there," prompting people to speculate if Harris really was the reason behind the pulled performance.

Rita stopped by Ryan Seacrest's radio show on Aug. 12 to discuss exactly what happened behind closed doors, and take a few digs at Harris.

I was supposed to perform, and for anyone that doesn’t understand how it works, he wrote and produced the song. I mean, he’s an incredible songwriter, never going to disregard his talents, he’s incredible. So [Harris] has to approve anything TV-wise, for anybody that doesn’t get it, so he has to approve the rights to [use the song] and he didn’t approve the Teen Choice Awards.

It only took a few hours for Harris to strike back via Twitter.

While I might not know what this "damn good reason" is, I do know that anyone who uses the "bye" hand emoji means serious business.

Watch out Rita, Calvin's out for blood.

More like this
Britney Has Been Granted A Restraining Order Against Her Ex-Husband
By Bustle Staff
Every Sweet & Dramatic Detail Leading To Britney Spears & Sam Asghari's Wedding
By Bustle Editors
Who Is Betty Who Dating? The Australian Singer Is Married To Her Tour Photographer
By Radhika Menon
'The Summer I Turned Pretty' Using “Cruel Summer” Has Twitter Begging Taylor Swift To Release A Music Video
By Radhika Menon
Get Even More From Bustle — Sign Up For The Newsletter