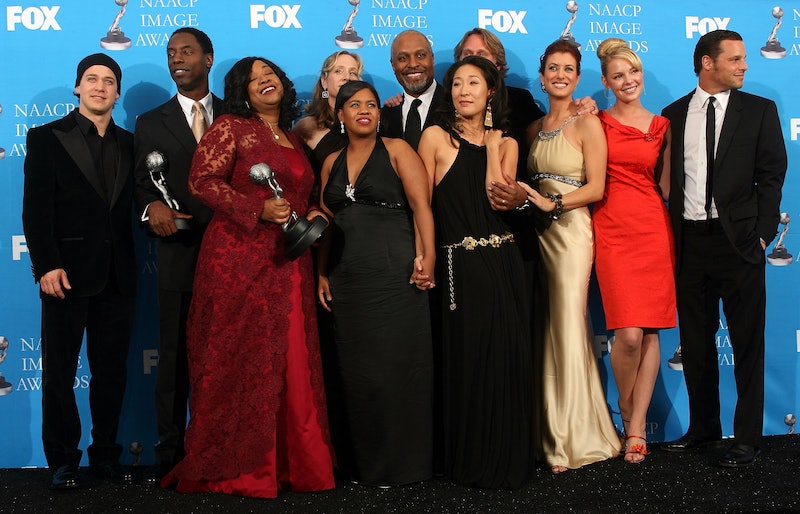 Sandra Oh, one of the original stars of ABC's longtime hit Grey's Anatomy, is leaving the show after ten years, The Hollywood Reporter reports.

"Creatively, I really feel like I gave it my all, and I feel ready to let her go," Oh, who plays acerbic doctor Cristina Yang on the show, told THR. "It's such an interesting thing to play a character for so long and to actually get the sense that she wants to be let go as well. [Cristina] wants to be let go, and I am ready to let her go. We have to start the process, story-wise, for the Grey's writers to think of why she's going to go."

Oh is one of the last remaining cast members on Grey's, following the recent exits of stars such as Eric Dane and Chyler Leigh. Along with Ellen Pomeo, Patrick Dempsey, Justin Chambers, Chandra Wilson and James Pickens Jr, Oh has been a member of the Grey's cast since its premiere in 2005.

The "original six," as show creator Shonda Rhimes calls them, signed two-year deals in May 2012 to return to the series through the end of season 10. According to Oh, signing the contract made her begin to question her future with Grey's, and after "a lot of therapy" and discussions with Rhimes, she realized that she wanted to exit the show.

"Over the past 10 seasons, I have been made better by Sandra's trust, faith and friendship, and I can't quantify how grateful I am for her collaboration on a character we both love so deeply," Rhimes told The Hollywood Reporter. "This year is going to be bittersweet for us -- we're both going to savor every moment of Cristina Yang, and then we're going to give her the exit she deserves. And when Sandra walks out of my door, Grey's Anatomy will once again be forever changed."

As for how Grey's will handle Oh's exit is unknown. It's unlikely Rhimes and co. will choose to kill off her character, as have been the fates of several of the show's cast members. More realistically, Cristina will choose to leave the Grey-Sloan Memorial Hospital for personal reasons - maybe her relationship with Owen will finally come to an end? - or professional ones.

Over the course of her time on Grey's Anatomy, Oh won a Golden Globe and was nominated for five Emmys for playing brilliant but cold Cristina. Throughout the show's ten seasons, Cristina found a passion for heart surgery, formed a close friendship with Meredith (Pompeo), dealt with PTSD, and found love, twice.

"Grey's has been the most important role of my life," said Oh. "Playing Cristina and growing her and growing myself in her, I want to usher her into the next section of her life in the best way possible. It's got to be Cristina Yang's happily ever after."