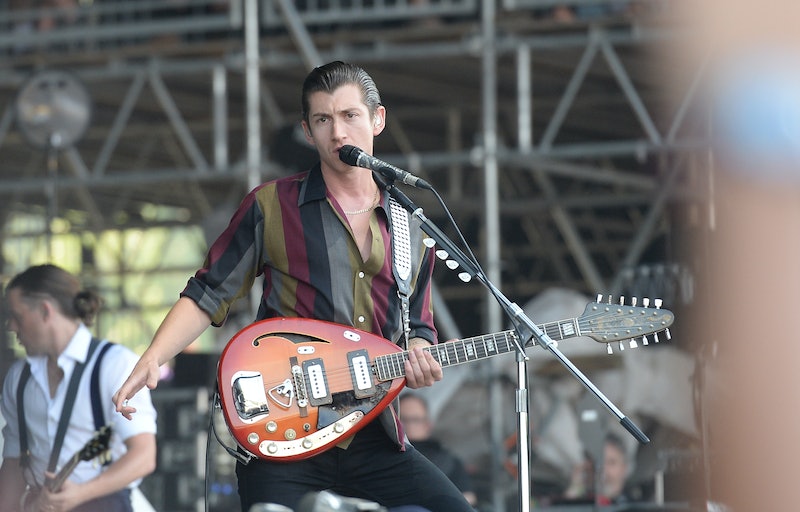 Being the lead singer and lead guitarist of a famous indie rock band is pretty much a one-way ticket to Babesville. It doesn't hurt that Alex Turner, the frontman of Arctic Monkeys, is also super hot and super British. Now there are a lot of super hot and super British lead singers out there — Chris Martin is apparently dating Jennifer Lawrence, for instance. Turner's X factor, if you will, is that he is only 28 years old. Does a young dude who could easily get any chick he wants opt for the life of a player or for a healthy dose of monogamy? To get to the point, does Alex Turner have a girlfriend?

Alas, Turner doesn't have an Instagram or a Twitter account, so don't bother trying to troll for kiss pics. We do know that he dated TV host/model Alexa Chung for four years and moved on to model Arielle Vandenberg for a couple years. The Internet consensus seems to be that Turner and Vandenberg broke up earlier this year, which begs the question, which lovely lady should he date next? Chung and Vandenberg are both brunette tall-ish model-types, so let's just go ahead and assume that's Turner's type. Here's a little side-by-side action.

After giving this some intense thought, it's pretty obvious who Turner should set his sights on next. Drumroll please...

Miranda Kerr! Model? Check. Brunette? Check. Famous? Check. And, most importantly, she's also newly single. I predict that they'll start as friends slash shoulders to cry on about their failed relationships. Then, one night, Turner will sing to her and win her over for good. Might I suggest this song as his serenade?

More like this
Sophie Turner & Joe Jonas’ Fave Taylor Swift Album Is Full Of “Bangers”
By Sam Ramsden
'Traumazine' Has Megan Thee Stallion Twitter Dancing Through Their Feelings
By Grace Wehniainen
Who Is Tatiana Maslany Dating? The 'She-Hulk' Star Is Married To 'A Locke & Key' Actor
By Radhika Menon
'Indian Matchmaking's Arshneel Is Keeping His Potential Courtship With Rinkle Private
By Radhika Menon
Get Even More From Bustle — Sign Up For The Newsletter