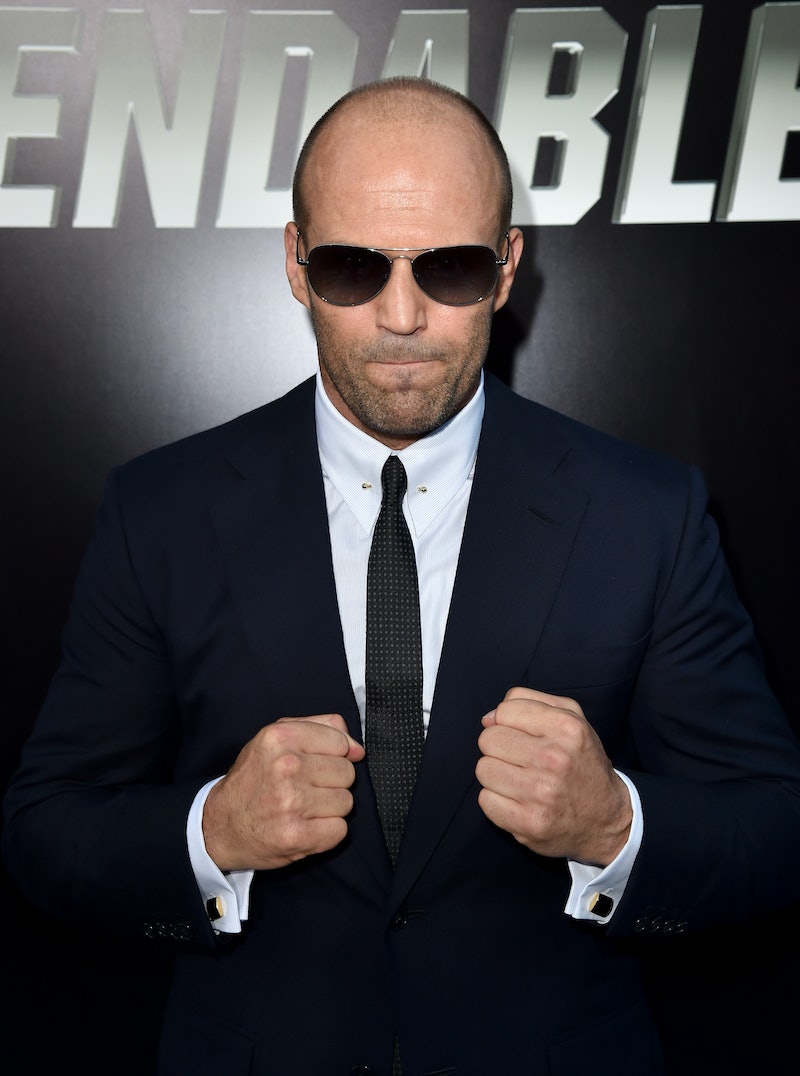 After macho man movie, The Expendables 3, hit an all time low this weekend, only bringing in a little over a third of its estimated $14 million ticket sales, Jason Statham’s recent appearance on The Tonight Show really couldn’t have come at a better time. What’s even better is that Jimmy Fallon challenged Jason Statham to a hamster ball race, which will hopefully draw in more viewers for the movie — or will at least keep the action movie star happy until another film flops at the box office.

Poor Fallon just didn’t have a chance. The hilarious video, which revealed Fallon’s struggle attempting to get into the ball as Statham merely dove in headfirst Transporter-style, pretty much proved that you should never go up against the actor in any sort of athletic event. Even if that means hamster ball races.

The way Fallon flopped around inside his ball was much more reminiscent of a helpless rodent than Statham, who ran inside his hamster ball with ease like the majestic person he is. The actor even seemed to pause to watch Fallon’s failure before finally continuing on his way to the other side of the plaza where he ended up winning. As if any of us would be surprised.

With The Expendables 3 only opening with $5.9 million on Friday, it looks like the creators of the movie might have to look towards another means of income. If you put Sylvester Stallone, Harrison Ford, Arnold Schwarzenegger, Terry Crews and all of the other beautiful men of this movie into hamster balls to battle each other, I’m sure people would pay to see it.