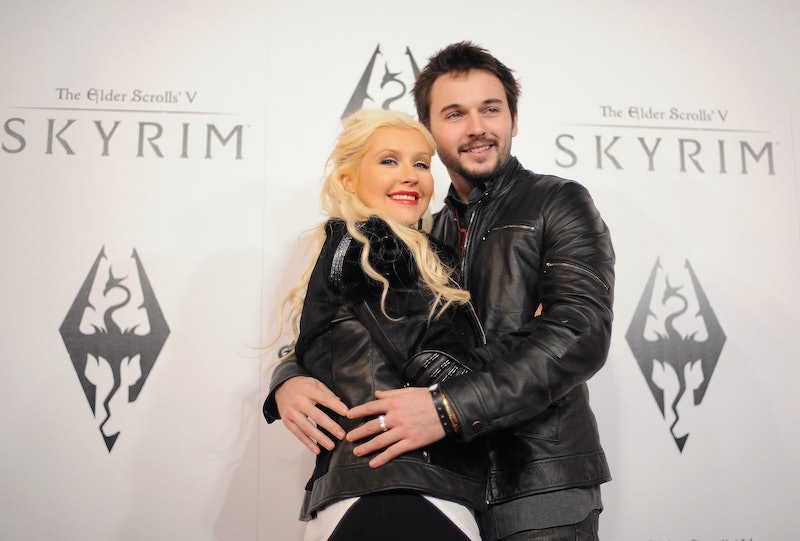 It's time to conjure up images of Christina Aguilera doing vocal riffs in a hospital room — because Aguilera just gave birth to her second baby, so by all convention this is a very joyful moment. And no, we don't know the name yet. But we do know the sex: Aguilera gave birth to a baby girl according to Us Magazine.

It's her first kid with her fiance Matt Rutler, and her second kid overall — she also has a son named Max, who is 6 years old and a product of her marriage to Jordan Bratman, to whom she was married for five years. They divorced in 2012.

Shortly after, Aguilera made her relationship with Rutler public. They met when he was a set assistant on Burlesque , and Aguilera told People that "He's the kind of person you could spend hours with on the phone talking to and all of a sudden it's daylight." They got engaged back in January of this year.

I really do think you all should thank me for refraining from making a "genie in the bottle" joke throughout the relaying of most of this news. But oh, have you seen Christina Aguilera's baby shower cake? It does all the talking for me:

More like this
Leonardo DiCaprio Celebrates A Special Birth In Moving IG Post
By Sam Ramsden
Jodie Turner-Smith & Joshua Jackson's Relationship Timeline Includes Her Proposing
By Jake Viswanath
J.Lo Wants To Make A Sequel To This Movie With Ben Affleck
By Jake Viswanath
Adam Driver & Joanne Tucker’s Relationship Timeline Starts With Cheese
By Jordyn Tilchen
Get Even More From Bustle — Sign Up For The Newsletter