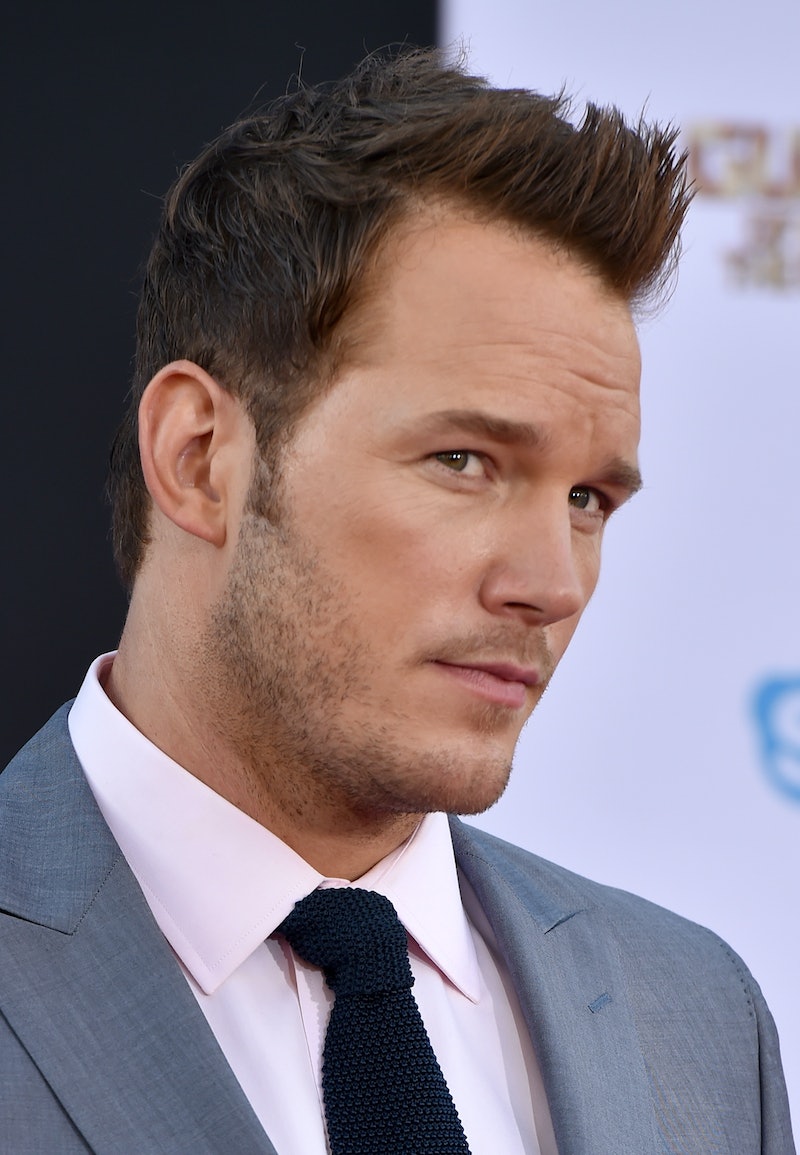 Before he was Guardians of the Galaxy’s Star-Lord/Peter Quill and before he lived in the space ship The Milano, Chris Pratt lived in a van as a struggling actor in Hawaii. It might not have the perks of outer space travel (ex. adventure, a green Zoe Saldana, a wise-cracking raccoon), but Hawaii is far from the worst place to live when shacking up in a vehicle. The weather, the palm trees, and the beach sound like pretty sweet perks, and Pratt even said himself, "It's a pretty awesome place to be homeless" in an interview with The Independent. To give us a better idea of his former situation, the Parks and Recreation actor shared a photo of his van on his Facebook page, and yes, that is a Scooby and Shaggy decal on the side. Pratt wrote underneath the pic, "Can't believe I found this picture!!! That is the van I lived in!!! In my hand is the script for the movie that got me out of Maui. Crazy."

It is crazy! Because why would anyone want to leave Maui? Fine, fine. I suppose if I was a young actor working as a waiter at Bubba Gump Shrimp Company and happened to wait on actress/director/writer Rae Dawn Chong who gave me the script for Cursed Part 3, I, too, would be stoked to at least move out of my version of the Mystery Machine. Oh, young Chris Pratt, you're so innocent and so fresh faced. You had no idea that you would once be the face of a $200 million blockbuster, let alone a superhero.

When Pratt was 17 years old, he ditched college after one semester, tried his hand at selling coupons, then took up a friend's offer to move to Hawaii where he stayed in his van or camped out in tents on the beach. "It would be different if I lived on the streets of Chicago and ate garbage from a dumpster," he told The Independent. "We just drank and smoked weed and worked minimal hours, 15-20 hours per week, just enough to cover gas, food and fishing supplies. You know, it was a charming time."

But of course, Pratt being the lovable, well-meaning Andy Dwyer that we've come to know on Parks and Rec, he happened to wait on Chong and she happened to star in one of Pratt's all-time favorite films Commando, so Pratt charmed the director into giving him the script. That seems very Star-Lord-esque to me, come to think of it. Pratt's just a natural at schmoozing his way out of a situation, I suppose, and from that moment, he moved out of Maui and took on roles in Everwood, The O.C., Parks and Rec, Zero Dark Thirty, The Lego Movie, and most recently Guardians of the Galaxy. From down on his luck to intergalactic savior of the universe, Pratt has quite a bit in common with Star-Lord.