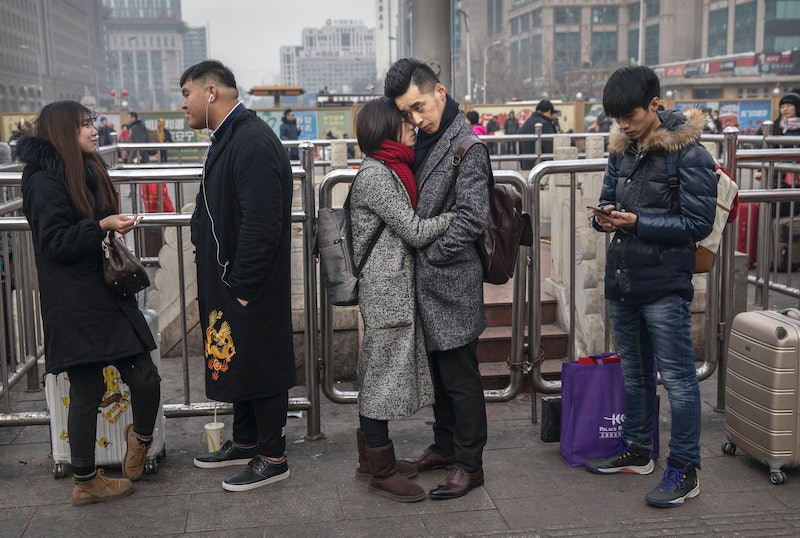 Anyone aware of gender dynamics would assume that men and women act differently on first dates. That assumption is confirmed in a study published in the Psychology and Social Personality Bulletin — there is, in fact, a notable difference between dating behavior in men and women and it has to do with how much people out on a date appear to care about the other person. The study found that while men see caring behavior as positive, women actually see it as negative.

The researchers (a team from from the Interdisciplinary Center Herzliya, the University of Rochester, and the University of Illinois) were looking for responses to a specific set of behaviors, which they named "responsiveness." They defined responsiveness as actions "that may signal to potential partners that one understands, values, and supports important aspects of their self-concept and is willing to invest resources in the relationship." Specifically, they wanted to know whether responsiveness and attractiveness were linked. To investigate their premise, they recruited 112 heterosexual undergrads and coached some of them on responsive behaviors. Men found those women who had been coached to be more sexually attractive and feminine, but the women who participated did not consider responsiveness to be attractive. In fact, they found responsive men to be slightly less attractive.

After that, participants had Gchat conversations with partners who had been specifically instructed to act responsive or non-responsive. The participants were told to discuss current problems in their lives, and responsive partners would answer with sentences like "That must have been difficult for you," while non-responsive partners would dash off things like "That's not so hard." After seeing a picture of their conversational partner (which was always of the same man or woman, no matter who they had actually spoken with), they were told to rank the person's attractiveness. Male participants once again indicated that responsive women were more attractive. And, again, female participants showed that they found responsiveness to be unattractive.

What many news outlets appear to be taking away from this study is that men want nice women, but women don't want nice men. Why? People have been throwing around myriad reasons. It's because of traditional gender roles! No, it's due to media portrayals! No, it's evolutionary biology!

In my humble opinion, this is all BS.

First off, the study only used 112 participants. When all is said and done, that is not a particularly large group of people. In addition, all the participants were heterosexual. How does the survey address bisexuality or homosexuality? Surely that changes the way in which first dates are conducted. And third, I disagree with all this on a personal level. Women find men less attractive if they seem to care? What is this hooey?

Let me put it like this. Say I'm Gchatting a guy I don't know too well, but who has maybe flirted with me at a party. I consider him at least a little attractive. If I explain a problem in my life to him and he says something to the effect of "whatever," you know what my reaction's going to be?

Doesn't matter if he looks like Alexander Skarsgaard. I'm not going to bother with someone who doesn't give a fig about my life.

Here's a revolutionary idea: Why not just act responsive and kind on a first date, as a rule of thumb? I see that as common courtesy more than anything else. Maybe that puts me in the minority, but what's wrong with taking an interest in your date? It'll make it less awkward, anyway.