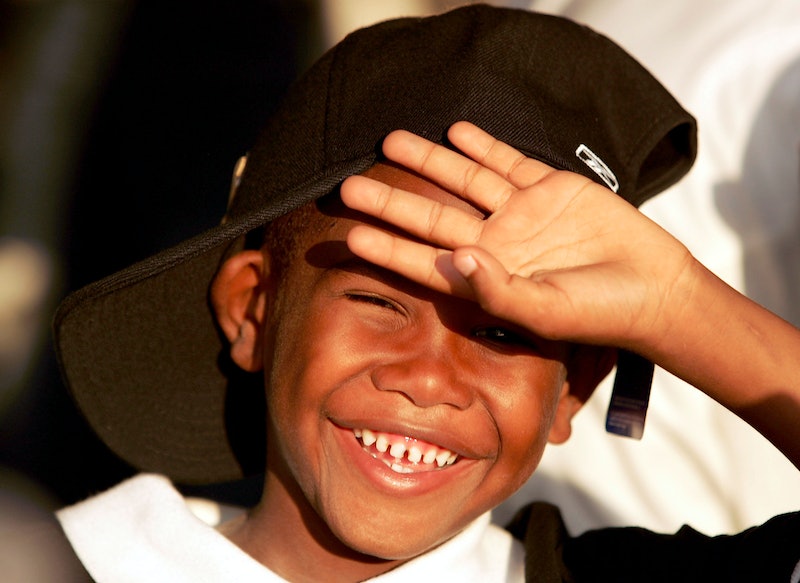 Are you either having a baby or thinking about having one in the near future? I don’t want to scare you or anything, but if you’re curious, we’ve got some new data in about just how much it costs to raise a child in this day and age. According to the U.S. Department of Agriculture’s Expenditures on Children by Families report for 2013, it’s a pretty big number. Are you ready for it? If you don’t want to know what it is, leave this page now. Close the tab; shut down your browser; whatever you need to do. Still here? OK then — I guess you’re ready for it. Here it is: As of 2013, it costs $245,340 to raise a child in the United States.

There’s more. We’re looking at numbers for middle-income American families — those who fall in the $61,530-to-$106,540 range, pre-tax — and when we say “raise a child,” we mean strictly until that child turns 18. According to the Associated Press, the cost rose about 1.8 percent from 2012; furthermore, families in the urban Northeast are likely to spend closer to $282,480. Oh, and when we factor projected inflation in, we’re looking at a cost of about $304,480 per child.

Here’s how it breaks down:

By the by, “child care and education” doesn’t include anything you might want to pitch in for your tyke’s college fund. According to the College Board, tuition for the 2013 – 2014 academic year weighed in at $22,826 at public colleges and $44,750 at private ones. The figures also don’t include pregnancy or other fees that accumulate either before a child is born or after a child legally becomes an adult.

But remember how I said I didn’t want to scare you? I didn’t. Really. And as Kerri Anne Renzulli at TIME noted, there’s no need to freak out completely (although if freaking out helps you work through your feelings and arrive at place in which you’re more able to deal with it, then by all means, freak out until you feel better). There are two things to keep in mind, wrote Renzulli: First, “four million babies are born in the U.S. each year, and most of their parents adjust fine to the new costs”; and second, “if you wait until you feel completely financially ready, you may never realize that bundle of joy.”

Obviously you’re going to want to weigh expenses before starting or expanding a family. But with some savvy budgeting, it’s definitely doable. Savvy budgeting doesn’t have to be super difficult, by the way; there are loads of resources out there for new parents and parents-to-be, ranging from this tip-worthy piece from Pregnancy.org to this step-by-step guide from Mom and Dad Money. As Mom and Dad Money founder Matt Becker told TIME: “Having a child is an exciting but scary step, and money can be a big part of that worry. I wouldn’t dive in without considering the financial consequences, but I also wouldn’t let them scare you off.”

Me? I’m not planning on having a baby anytime soon. But if you are? Go forth and procreate. Your child — and you — are probably going to be just fine.