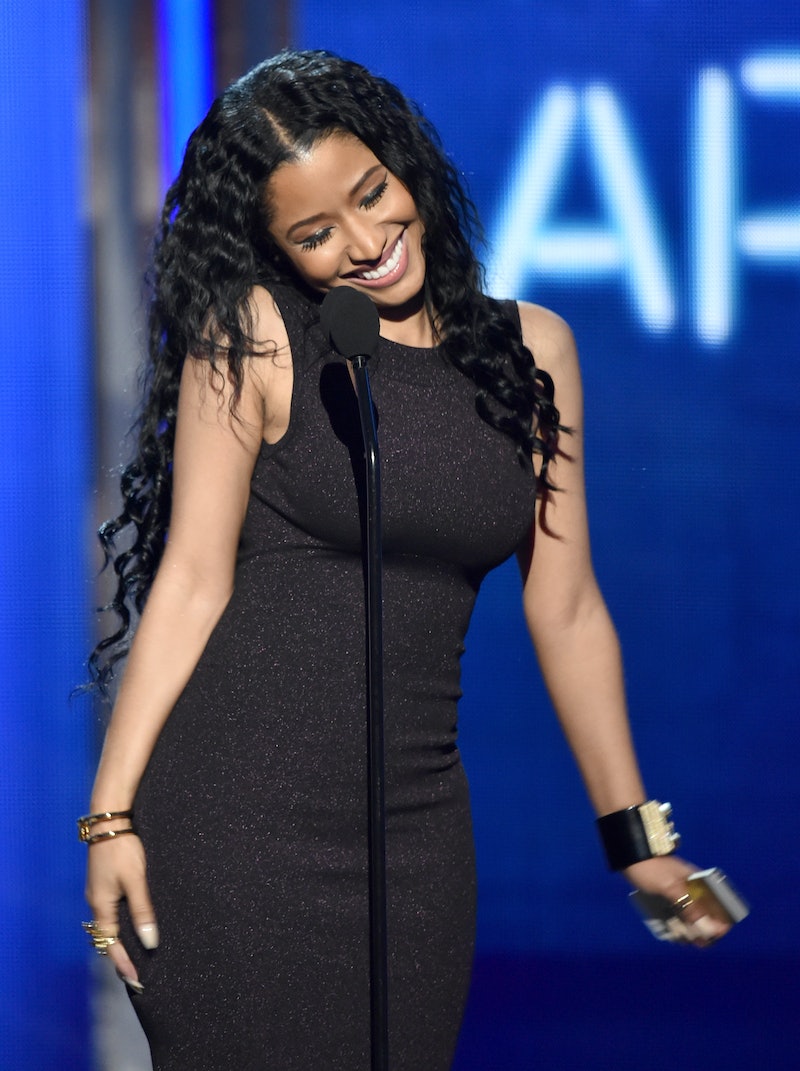 Parents just don't understand the MTV Video Music Awards. On Monday, the conservative group the Parents Television Council issued a "cease and desist before you've even begun" plea to MTV and Viacom in regards to the upcoming 2014 VMAs on Sunday. What did PTC demand? The group's president, Tim Winter, is nervous that the 2014 VMAs will provide more of the shock and awe of last year's show, specifically calling back to Miley Cyrus and Robin Thicke's twerk-saster, and wants a more mature rating. He said:

While last year's Miley Cyrus/Robin Thicke performance garnered most of the headlines after the fact, the sexually charged and otherwise inappropriate content of the show was not limited to them. Even more troubling was … that MTV still applied a TV-14 rating to the program, despite other adult-oriented performances and advertising messages.

You've been warned, MTV! Is the PTC's call to less action unwarranted? Looking at the lineup of performers this year, it might not be such a stretch that the group, which seeks for more wholesome and family-friendly programming, would be a bit nervous. On the roster of performers for this year's VMAs are Nicki Minaj, Iggy Azalea and Beyoncé, women who, to put it modestly, aren't really known for their . . . well, modesty. And with Nicki Minaj's release of Anaconda with a booty shot that shook the world, it's understandable that the PTC is in a tizzy. They outlined their requests as such, that MTV would:

It's totally in the PTC's right to ask MTV to clean it up a bit, buuuuut it's a request that most likely will fall on deaf ears — as it should. MTV never vowed to present an awards show that was upright, wholesome and beholden to the family ideals that the PTC stands for. It's not the PTC's place to define what is "mature content," and it's not MTV's place to book performers that are not, as the PTC states, explicitly sexual. And this year the VMAs will be rocked by a lineup of strong female stars. They don't need to be censored to protect their fans, who, if they're fans already, are privy to the kind of performances to come. Sorry PTC, you're probably gonna be disappointed come Sunday.