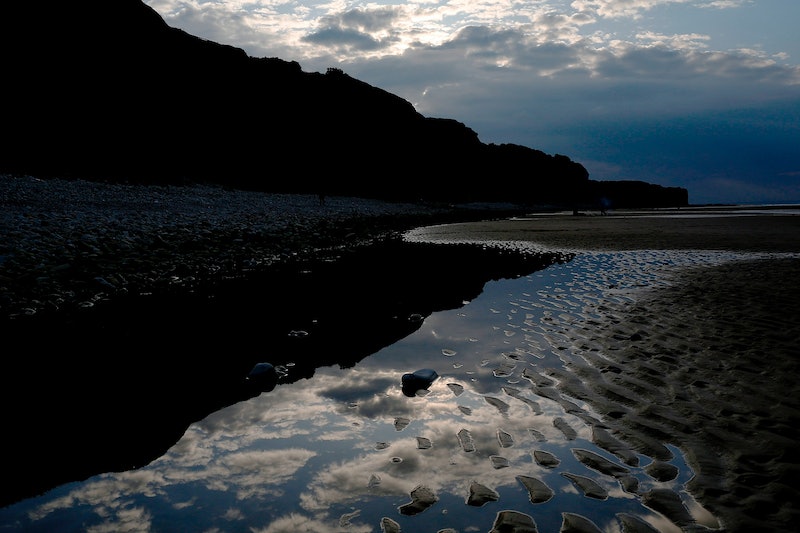 Hours after raising $100,000 from fundraising for Lou Gehrig's disease, Corey Griffin died Saturday in a Nantucket diving accident. His cause of death was ruled accidental drowning. Griffin, 27, was a friend of Pete Frates, whose family and friends launched the Ice Bucket Challenge. Griffin was known as one of the original Ice Bucket Challenge pioneers; he was one of the first people to participate in the now-viral challenge, and helped propel the challenge to its viral fame. The ALS Association has raised more than $13 million — compared to $1.7 million over the same period last year.

According to the Nantucket police, Griffin dove into the water on Saturday at 2 a.m. He was transported to the Nantucket Cottage hospital, where he was pronounced dead. Griffin had long supported Frates in his quest to raise money for ALS, and was in Nantucket on a mission to do more fundraising for ALS research. There, he'd been planning different ways to fundraise and plan events.

His father told Boston Globe that Griffin was a guy who cared about everybody else. He shared his father's passion for Children's Hospital, and even helped to launch a weekend hockey tournament called the NHL Alumni Pro-Am for Boston Children’s Hospital.

His friends, and other family members, described him as a fun-loving, athletic, and generous young man who was a wonderful role model to children. A friend described Griffin to Boston Globe.

As a business person, he was outstanding. It’s a loss. He was a rising star. He was a giver. He gave back at every opportunity. Whether it was his friends or the community.

I just can’t stress enough that he was the greatest best friend, brother, and son anyone could ask for. He lived life to the fullest and everybody loved him. And every time he walked into a room, he put a smile on everybody’s face.

He threw himself behind a lot of causes. Way more so than anyone, you know, of our generation. And just put his heart and soul behind these things. He did it for Boston Children's Hospital. He has been doing it more recently for ALS.

The police are still investigating the situation, and the Nantucket Police Department released a press report.

And Team FrateTrain also shared a post on Facebook to show their support for Griffin and his family and friends.

More like this
The Most Powerful Photos From The Weekend’s Abortion Rights Protests
By Melanie Mignucci
If You Have A Dog, Trainers Say These 30 Clever Things Will Genuinely Make Your Life Easier
By Dena Ogden
This Dog Food Is Not Only Super Healthy For Your Pup, It’s Also Better For The Planet
By A. Graham
The 4 Best No-Scratch Sprays For Cats
By Masha Vapnitchnaia
Get Even More From Bustle — Sign Up For The Newsletter