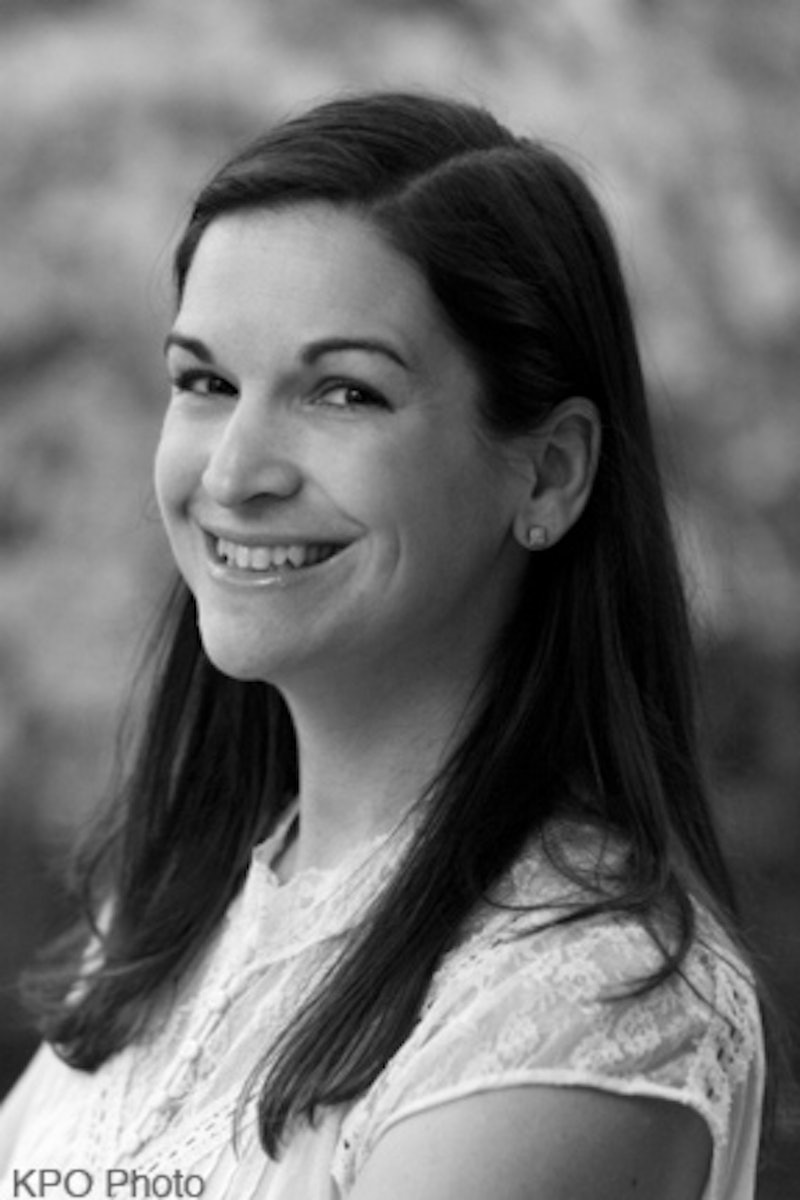 To most women in their teens and twenties, Sarah Dessen is a household name. The YA author has written twelve generation-defining novels, including the acclaimed This Lullaby and this summer's bestselling The Moon and More. Her books have a predictable framework — identifiable, conflicted teenage girl deals with family issues/friend issues/boy issues, usually during the summertime — but they're well-written and interesting enough to keep readers hooked. Since her debut in 1996, Dessen has amassed such a following over the years that, for high school-age girls, reading her books has become something like a rite of passage. The novels' regular themes — love, angst, fear of growing up — are nothing YA fans haven't heard before, but the settings – charming beach towns, Party Down-esque catering companies run by wise and dreamy boys — make even the youngest readers nostalgic for an adolescence they didn't have.

Over the last few years, Dessen has taken her obsession with the sweet and simple life to Twitter, where she regularly posts about everything from the benefits of raising chickens to her five-year-old daughter's sleep schedule, for 226,343 followers to see. Her tweets are smart and funny, honest and relatable — in short, everything one expects from Sarah Dessen. She never reveals too much, rarely even mentioning the names of her husband and daughter, but gives just enough information to satisfy readers hoping to live vicariously through her seemingly idyllic life.

And that's why it was so surprising when last Friday, Dessen revealed that she had a drug problem in high school. In her weekly blog post, she disclosed that she "smoked a lot of pot, and did some harder stuff as well" as a teenager, and that adolescence was "a pretty dark time" for her. She continued, "I had friends who had gone to rehab and jail for drugs, and friends from high school who still struggled with them to this day," and said that the last day she "did drugs was July 7, 1989."

Since Dessen and her books project such a wholesome image, it was a shock to learn that the author's teenage life was a far cry from what readers may have imagined. It makes some sense, though; as Dessen said herself, her troubled past has helped her "tap into what it feels like to be a teen, all these years later," because "it’s easier when the memories, or some of them anyway, are both vivid and not so good." Experiencing the rougher side of adolescence allows her to write more honestly, because she actually knows what being a flawed, complicated teenager is like.

What made Dessen's confession even more affecting, though, was what she said afterwards. Explaining that she had to reveal her past to a DA while on jury dury, she talks about how cathartic the experience was, and then immediately talks about how excited she was to have "deliberated with my fellow citizens" and come "THIS CLOSE to being the foreperson (but am so glad someone else stepped up instead)." It's classic Dessen — honest, realistic, and happily nerdy — and it showed that the post wasn't some out-of-character word vomit, but just another, albeit more personal, example of the relatable intimacy that has become synonymous with the author's name.

Dessen ended the blog post by debating whether or not to delete the confession, saying that the post's earlier news about crying over her daughter's loose tooth and marveling over swing dancers was "enough for one week." Thankfully, she hit post before she "chickened out." It would be understandable if she didn't want strangers to know about something in her past that's obviously behind her, but it's great that she chose to keep it in the blog. It reminds readers that even the most comfortable beach-reads have real people behind them, writers with lives and stories that don't always align with the gentle ease of their books. And, with dozens of comments and Tweets supporting the confession, it shows Dessen that her past is nothing to be ashamed of. Readers appreciate the honesty, as it's just one more way to relate to the already-open author. Even if not all readers shared the same high school experience, regret is universal.

After posting the blog, Dessen went through a sort of Twitter catharsis, first tweeting, "Thanks for kind words about what I shared about my past today on The Five. Glad I did, although still feels a bit weird. Honesty is hard" and then re-tweeting several fans who praised the post. By the end of the day, things were back to their normal ways, with Dessen writing, "All I want to do is have a glass of red, watch Catfish, and go to bed at 9pm. As you do when your cup runs over. Right?" Wine, reality TV, and exhaustion from remembering cringeworthy things you did when you were 15? Just another day in the life of the wonderfully, always-relatable Sarah Dessen.