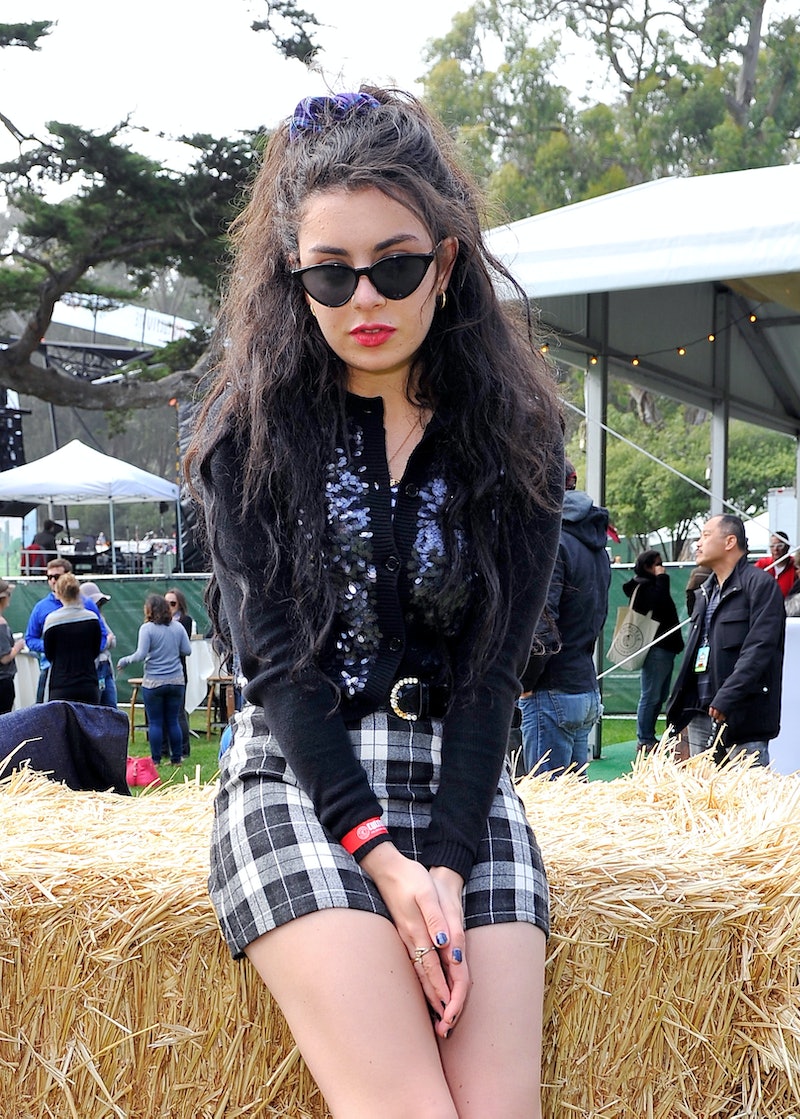 Though The Fader reports that Charli's been performing since she was 14 years old (she's now 22), she didn't have her first major breakthrough in the United States until 2013, when "I Love It," an energetic breakup song that she co-wrote for Swedish duo Icona Pop, really took over the radio waves. In 2014, she's probably best-known for singing the infectious hook on rapper Iggy Azalea's number-one smash, "Fancy." However, Charli's solo single, "Boom Clap," which is featured on the soundtrack for teen drama The Fault in Our Stars, just hit top 10 on the Billboard Hot 100 chart, as well. Yeah, she's kind of a big deal.

On the chorus to "Break the Rules," Charli sings:

I don't wanna go to school, I just wanna break the rules

Boys and girls across the world, putting on our dancin' shoes

Going to the discotech, gettin' high and gettin' wrecked

I don't wanna go to school, I just wanna break the rules

Charli told Buzzfeed on Monday that "Break the Rules" was inspired by... Swedish punk rock? Now that I think about it, that kind of makes sense, actually. She explained:

The song is inspired by a lot of the things I was listening to whilst in Sweden at the end of last year. I spent about a month making a punk record and covering songs by Swedish punk bands like Snuffed By The Yakuza and stuff. This song was written when I came out of the other side of that punk phase and translated it into something more pop. Obviously, it’s about not giving a fuck.

Now that Charli's had some major mainstream success with hits like "Fancy" and "Boom Clap," will U.S. radio embrace the irreverent "Break the Rules" with lovin' arms? I certainly hope so. Charli knows how to write a hook better than most people in the music industry today (check out her song "SuperLove" if you don't believe me), and I would love to hear more of her stuff on the radio, ASAP!

According to Buzzfeed, Charli's second studio album, Sucker, will be released on Oct. 21.