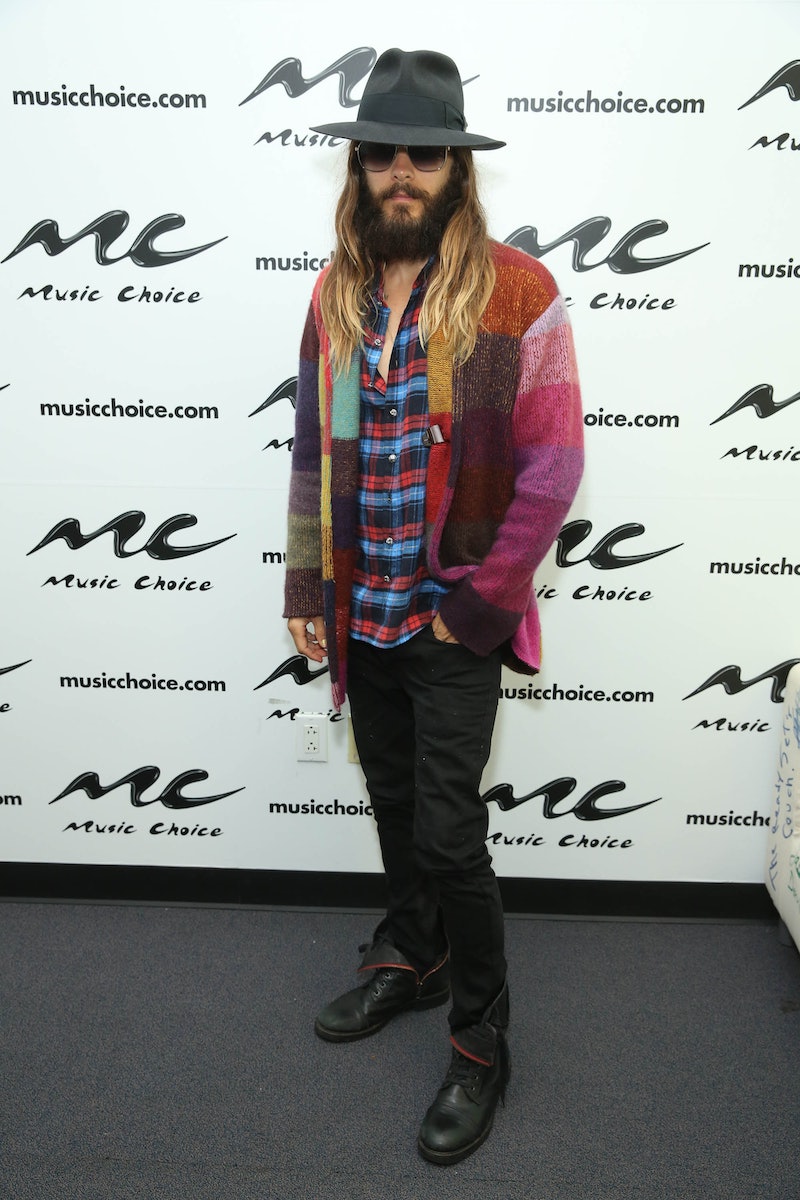 It's finally happened: Jared Leto is now indistinguishable from your favorite barista at the local indie coffee shop. He has ombré hair. He has facial hair for days. And now, Jared Leto has a patchwork grandpa sweater that was almost definitely purchased at Urban Outfitters. You know what? The whole "Jared Leto as your friendly neighborhood hipster" thing kind of works!

Leto was spotted out and about in New York City this week sporting a variety of colorful ensembles, like the dip-dyed shirt he paired with aviators, black jeans, and red and black socks peeking out over the top of his sneakers for a gig with 30 Second to Mars on Sunday. The piéce de résistance, however, was the outfit he wore the following day. Leto experimented with artful pattern-mixing for his appearances at The Bowery Hotel and Music Choice, layering the patchwork sweater over a plaid button down and sticking to black jeans, a grey fedora, and black leather fold-over boots.

At first glance I thought the look was kind of a mess, but I have to say — it's growing on me in a big way. The more I stare at the images, the more I am convinced that my life cannot go on until I get my hands on that sweater. I want to start dressing like Jared Leto and make my J. Crew-loving boyfriend start dressing like Jared Leto. I want to create an army of Jared Leto lookalikes in plaid and patchwork and found a city where everyone is ombre´-haired. At the very least, I want to take a trip to Housing Works and replicate this outfit.

Lookin' good, Leto. Not get me a latte!