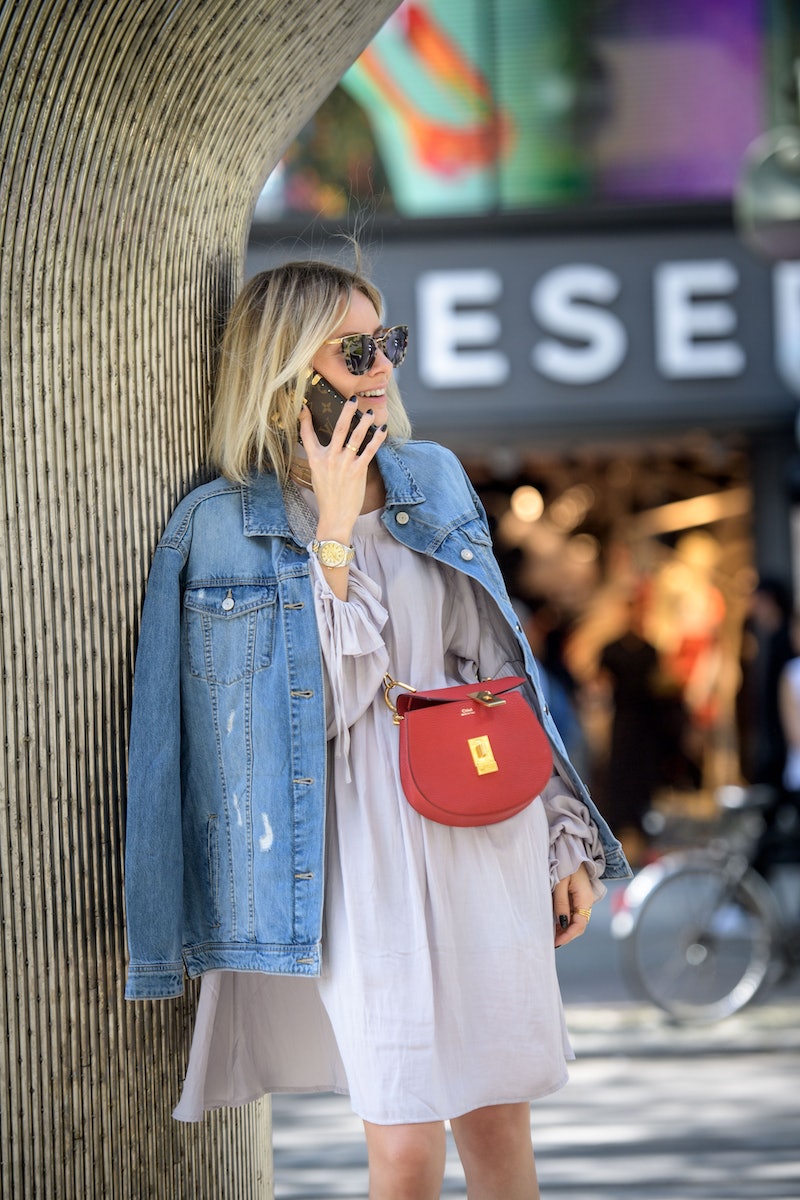 The denim jacket is an interesting piece of clothing, in that it's never really gone out of style, but it's always been a little bit openly unfashionable. Don't get me wrong, the denim jacket can certainly look cool, but it's never going to be one of those must-have, stop-the-presses, fashion-week-will-never-be-the-same articles of clothing. It's too rugged, too all-American; it has too much of a working class, Wild West history.

But unlike ultra-fashionable articles of clothing, the denim jacket was never intended to impress the cool kids or provide starving hipsters something with which to wrap their shivering bones. The denim jacket was invented, like so many of our other iconic pieces of clothing, for the working dude. Many pinpoint the origin of the denim jacket to the late 1800s, citing Levi Strauss — the Denim Dad himself — as the originator. Strauss whipped up something called the "working blouse" that was basically a denim jacket in its embryonic state. In fact, denim aficionados have actually uncovered a Levi working blouse from 1874, a veritable zombie of a piece of clothing that still manages to look kind of like what we're wearing today.

Sort of like this, except without the side of John Travolta and the luxe fur collar. Okay, so more like this:

The Levi Trucker Jacket — classic as all get-out.

It's hard to pinpoint a definitive Timeline of the Denim Jacket, so take this with a grain of historically accurate salt, but here's more or less how the denim jacket rose in our cultural estimation:

After its days as a "working blouse," the denim jacket moved on to conquer Western wear in the early part of the 1900s. Cowboys were all about denim, because of its rugged, manly aura and ability to withstand the trials of the dusty trail. As the cowboy era faded into the past and became part of American mythology, denim became a fashionable way of channeling those cool Western bros. According to the Americana site The Selvage Yard, "The real jean-wearin’ cowboy lifestyle of days past was now kept alive largely through the Western fashions worn by the stars of silver screen and music — and we all know that cowboys and jeans are like carrots and peas. Levi Strauss turned its advertising efforts towards the rising cowboy phenomenon that had taken hold of the country…"

Obviously, Hollywood noticed. Perhaps the most famous examples of a silver screen icon wearing denim was Bing Crosby's denim tuxedo, made especially for him by Levi Strauss & Co. In Canada, Crosby wasn't allowed into a hotel due to the fact that he and his friend were — gasp! — wearing head-to-toe denim. When word of the incident reached the denim mavens at Levi Strauss, they designed a completely denim tux for Crosby, with a patch sewn inside that declared, "NOTICE: TO HOTEL MEN EVERYWHERE — THIS LABEL ENTITLES THE WEARER TO BE DULY RECEIVED AND REGISTERED WITH CORDIAL HOSPITALITY AT ANY TIME AND UNDER ANY CONDITIONS."

In classic Hollywood movies, the denim jacket usually makes an appearance when some mischief is involved, like riding a motorcycle:

Or threatening a rapist:

Or having an existential crisis in front of your frenemies:

As the 20th century progressed, the denim jacket wrenched itself away from western wear and became something rebellious and pop-culture-worthy, as worn by Beat poets, punk guitarists, and hip-hop's best and brightest. Really, the point was that the denim jacket was so not formal; anyone who wanted to openly rebel against the ironed suits of the Establishment threw a denim jacket on. Think The Clash in faded denim with the sleeves pushed up, or Tupac in a denim suit-coat. However you wore it, it was clear you weren't headed for law school.

Today, denim jackets are a predictable option for those who love to Dress It Down:

At the same time, they've also gotten the high-fashion treatment, for those who love to declare that they're Still Not Establishment:

However you style yours — whether it's vaguely square or openly revolutionary — the denim jacket still hasn't fully shaken its working-man, cowboy roots. And maybe that's by choice.