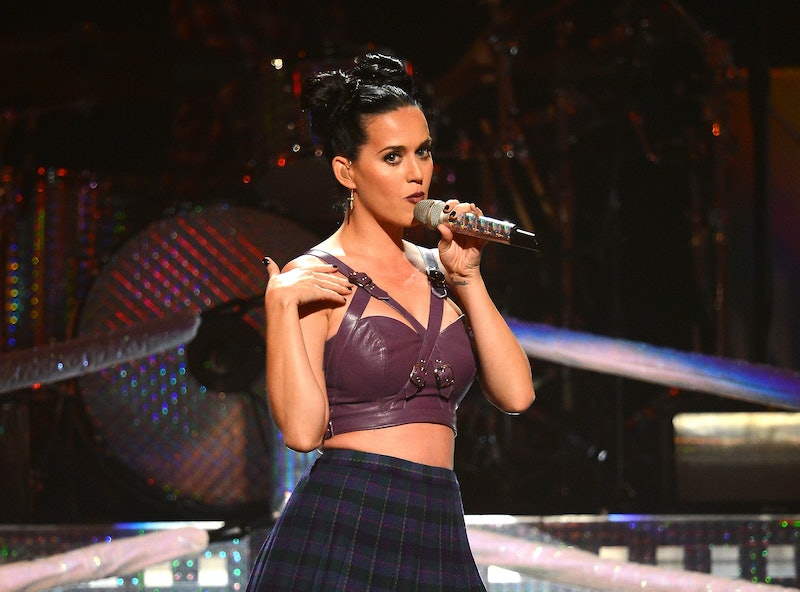 The Wall Street Journal reports on Tuesday that, according to "people familiar with the matter," the National Football League (NFL) is trying to decide between three musical acts for the 2015 Super Bowl halftime show: Rihanna, Katy Perry, or Coldplay. Wow. That's a high-profile trio! The Wall Street Journal also reports that the NFL has asked each act if they would be willing to "pay-to-play" the concert, making a "financial contribution" to the league in exchange for the massive television exposure. Apparently, responses to that proposition so far have been predictably "chilly."

So, we're either getting a major pop star or one of the world's biggest bands to perform at the 2015 Super Bowl Halftime Show. We should be really excited! ...Right? Actually, I'm not so sure. If I'm being perfectly honest, though I like each act's music quite a bit (especially Rihanna's, but especially Perry's), I don't know that any of them are good choices for next year's Halftime show. "You're wrong!" you say. "Those are three of the biggest names in popular music today!" you say. I know. But please, hear me out.

These are the reasons why neither Rihanna, Perry, nor Coldplay should perform at the 2015 Super Bowl Halftime show:

Don't get me wrong — I love Rihanna. I love Rihanna! But, when it comes right down to it, she is an unpredictable live performer at best. When she's good, she's really good, but when she's bad...hoo boy.

Sometimes, she actually feels like dancing! Other times, she just wants to laze about on stage, occasionally standing up to half-heartedly gyrate her hips and pat down her vagina as if it's done a good job (and who knows, perhaps it has!).

Other other times, she likes to pretend that her microphone is a penis. Because.

Like I said, I love Rihanna, but I just don't know that she's the right woman for the job. Plus, when I saw her on her Diamonds World Tour in 2012, she was over two hours late to the show...and that's pretty common behavior for the 26-year-old singer! The NFL can't have that.

Perry has made a lot of music that I really enjoy, but like Rihanna, she's just too damn unpredictable when it comes to live performances! I mean, there's this. Or there's this.

I know that I'm in the minority here, but I love Perry's voice pretty much unconditionally (that's a PRISM reference). Even when she hits a bum note live, I love it — but I doubt that the general public feels that way.

True, Perry could lip synch parts of (or most of) her Halftime show, but I suspect that would lead to a lot of disappointed viewers. Perry certainly knows how to put on a spectacle, but does she have the vocal chops for the Super Bowl?

I didn't know it until recently, but I have a major crush on Coldplay's lead singer, Chris Martin — but that doesn't mean that he's getting off easy! Strangely enough, Martin does dance sometimes when he performs, perhaps with more vigor and passion than someone like, say, Rihanna...

...but it's not good dancing. It's spastic. It's out of control. It kind of feels like you're not supposed to be watching (but you just can't look away!). Also, sometimes when Martin performs, he's just sittin' behind a piano... playing the imaginary mariachis. That's not very fun to watch. (Okay, it's kind of fun to watch, but is it SUPER BOWL fun??)

Oh, and another thing! His live vocals can be a little sketchy, too.

Granted, nobody's perfect, we all gotta work it, but I just don't know that I can endorse any of these three potential performers for the 2015 Super Bowl Halftime show. "But Alex!" you scream. "Who do you think is a good choice?"

Well — and I say this as someone who definitely isn't her biggest fan — can't Beyoncé just do it again?