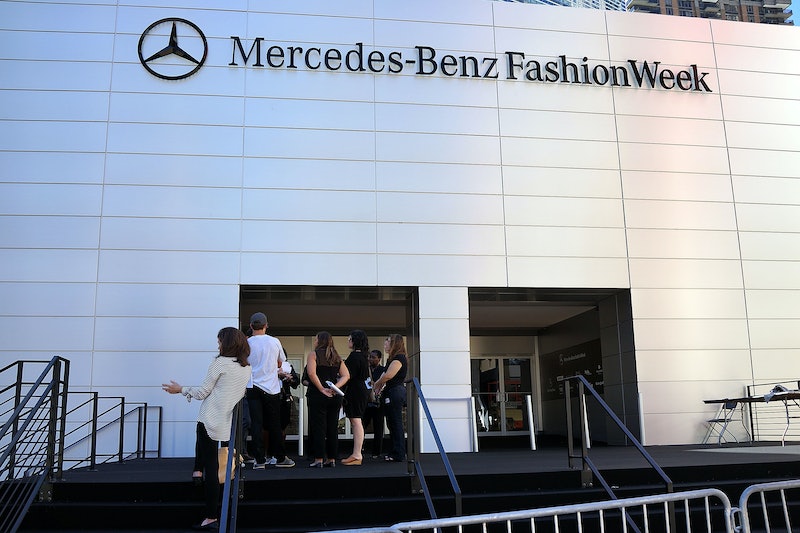 Fashion week may not be perfect, and it's probably more than safe to say that the idea of dozens of models strutting down catwalks in clothing that costs more than most people's rent is not everyone's cup of tea. But this year an organization with great cause is giving everyone a reason to get behind New York Fashion Week. Founded to support military servicewomen, Fatigues to Fabulous is hosting a fashion runway show at Lincoln Center in the fall.

The event, named Salute the Runway, is sponsored by Little Black Dress Wines, and will take place on September 3, the day before NYFW officially begins, but will include all the makings of a big-name fashion event. The runway show serves as a way to build the confidence of the women, while showing them ways to transition their wardrobes from fatigues to fabulous (get it?) everyday clothing.

Not only will the big event be taking place at Lincoln Center, the ultimate fashion show venue, but the runway show will also include professional makeup artists, runway coaches, and clothes from designers like DKNY and Calvin Klein.

Fatigues To Fabulous, along with sponsor Little Black Dress Wines, has hosted other Salute the Runway shows in the past at various military bases, but nothing quite on the scale of NYFW. While a fashion show sounds fun in any sense, the organization's ultimate goal is to celebrate women in the military, and spread awareness of the difficulties they sometimes face while transitioning back into civilian life.

“I think this type of program, that honors women and the multitude of things we are, is amazing,” Rivas said. “We’re more than just soldiers. We’re mothers, and we can be fabulous."

Although the event isn't open to the public, I think we can all appreciate a fashion show that gives a fun, confidence-building opportunity to women who have done more for our country than we will probably ever be able to truly grasp.