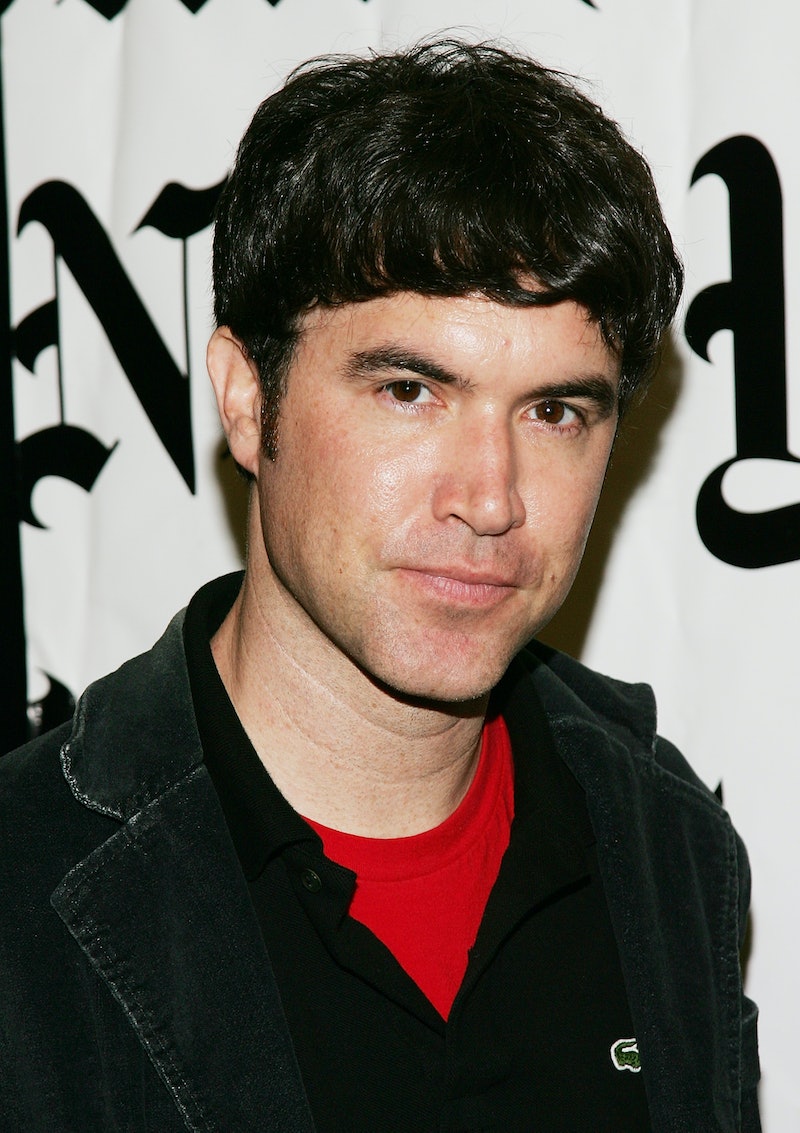 If the awkward bathroom selfie was the defining photo of Myspace, then Tom Anderson was the defining Myspace friend. Tom, who became living proof that you don't need to know someone to befriend them (at least digitally speaking), was the most popular person on Myspace during its glory years — after all, he was everyone's friend. But Tom Anderson is much more than that.

Now that we've slowly left Myspace for Facebook, and replaced Tom's smiling headshot with Mark Zuckerberg and his awkwardly endearing hoodie-wearing habits, maybe we're feeling just a little bit of guilt for abandoning our first friend. With Facebook's latest privacy debacles, quite a few people seem to be yearning for the simpler days of Myspace (though they had quite a few issues of their own).

But Tom has been doing all right since he (and we) left Myspace — well, more than all right. Probably a lot better than most of us, if his absolutely spectacular Instagram photos are to be believed. A lot has happened in the social media and tech space in the last five years, and while Tom may not be as visible a part of the industry as he was before 2009, don't count him out of the game just yet.

Who is Tom Anderson again?

Maybe we should start at the beginning — Myspace. Founded in August 2003, Anderson's concept was a response to Friendster.com, an even older iteration of social media, that did not allow users to use fake names. Myspace, then, sought to allow their users to become whoever they said they were.

Anderson teamed up with Chris DeWolfe, an ad executive, to launch the site, and only three and a half years later, Myspace was the most ubiquitous site in the US, after surpassing Yahoo in popularity. Its intense customization levels allowed users to truly own their space, and gave them an Internet presence like never before.

In 2005, Myspace caught the attention of Rupert Murdoch, who purchased the site for $580 million, and appointed Tom president. But by 2008, Myspace seemed past its prime, and for the first time, Facebook, the new kid on the block, outdid Myspace in terms of users — that June, ComScore reported that Facebook logged 116.4 million unique users, 700,000 more than Myspace.

And in 2009, Facebook was more than double the size of Myspace, and Tom, now in an advisory role and unhappy with the company's trajectory, decided to leave for good.

Well, if he does, it never stopped him from joining. In fact, according to one of his Facebook posts, Tom has been part of Zuck's family since 2005, well before he left Myspace. What better way to keep up with the competition than be part of it, right?

Tom's popularity isn't unique to Myspace, however. Today, he boasts well over 1.4 million followers, but he isn't exactly the most active of Facebook users. His last public post appeared on May 6 and featured a killer display of his incredible photography skills in a landscape shot of Alabama Hills, California.

There is one nod to Myspace on his profile, however — his profile picture is the same familiar photo we've all come to know and love.

What are these photography skills you keep referencing?

Don't take my word for it — check out some of his work yourself. His Instagram feed looks like it could populate the pages of National Geographic's "World's Most Beautiful Places" edition. In a 2012 interview with PetaPixel, Tom revealed that he first became interested in photography in 2011 after attending Burning Man, described as "an annual experiment in temporary community dedicated to radical self-expression and radical self-reliance."

Much like Myspace, his passion for photography was something of an accident — it was only after he saw the photos that his camera produced that he developed his love for the art. Said Tom to PetaPixel:

I didn’t think “I want to be a photographer.” I just saw the photos that were coming out of my camera and I was kind of blown away. I was mystified why I was liking what I was getting so much.

Whereas many of his other pursuits had taken years to perfect, photography offered immediate gratification, and "gradually it just became a way of life and now an intense passion."

What else does he do, besides take awesome pictures?

Always ready for a change, Tom has been involved in a number of diverse projects, both before and after his Myspace days. As he told PetaPixel, he spent his pre-collegiate days heavily involved in music — as a vocalist and guitarist, it was "all [he] did every day."

Tom made a brief appearance in film in 2009 with a cameo in Adam Sandler's "Funny People." He then spent much of 2010 revisiting the great love of his life, Baseball (with a capital B, he noted on his Google+ page). Newly freed from the constraints of work at Myspace, Tom decided to attempt to form a baseball team in Las Vegas, but unfortunately, that idea came to naught.

But does he have a job now?

Yes he does! Well, it still might not have regular hours or come with office space, but Tom Anderson currently serves as an advisor to RocketFrog, a company he's been a part of since May 2012. Effectively an online gambling platform, RocketFrog had raised $2 million by the time Anderson joined the team, and two years later, they're still alive and Tom is still proudly listed as one of the "smart guys who help [them] out."

So don't just think of Tom as your first friend. While Tom recognizes that his time at Myspace is likely to "overshadow all the things [he] was or will be," that hasn't stopped him from doing some pretty awesome things in the years since he's left the company. And boy, don't I wish I were his friend now.

More like this
How Does The Hinge Algorithm Work? An Insider Explains
By Lexi Inks
This AI Filter Shows How You’d Look In Different Time Periods
By Alexis Morillo
Here’s How To Find Your Spotify Wrapped
By Emma Lord and Emma Carey
Here’s How To Turn On Instagram Post Notifications
By Megan Grant and Alexis Morillo
Get Even More From Bustle — Sign Up For The Newsletter