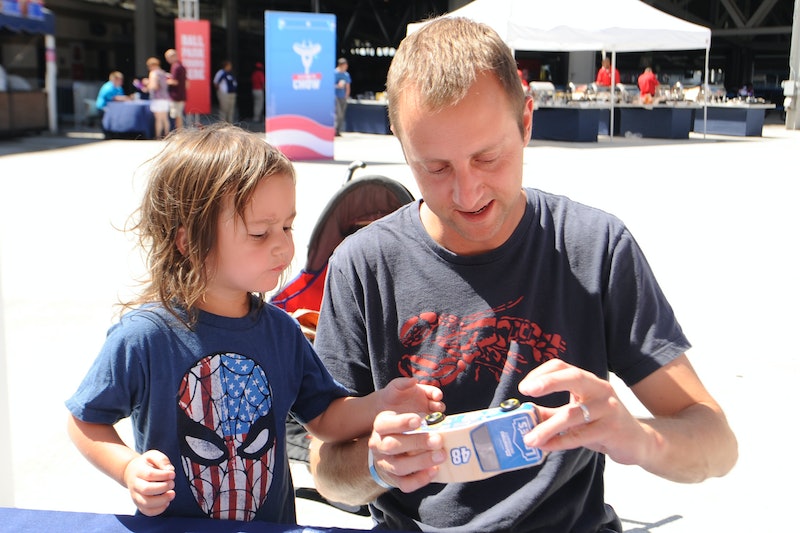 The stereotype I'm talking about goes like this: Fathers are protective of their daughters, period. In that vein, some dads will do anything and everything in their power to keep all bad, inappropriate, and adult influences out of their little girls' lives. It doesn't sound that awful until the full ramifications come into play: By attempting to completely shelter their daughters, fathers who adhere to that stereotype are utterly controlling them. That's not so great.

There is, however, a backlash. I grew up with a father who didn't buy into that. Sure, he joked about sitting on the porch in his karate gi when I started dating, but he never actually said a negative word about any of my boyfriends. He assumed that I was smart enough and strong enough to dump any losers I dated, and trusted me enough to know that, eventually, I would weed out the bad seeds. He encouraged me to try new things and to be unafraid of failure. He didn't try to fix my mistakes for me, but let me learn how to fix them on my own. And for every dad that shelters and controls his daughter, there are many other dads like my dad. Like Ferrett Steinmetz, for instance.

In a post for his blog that was picked up by Good Men Project, Steinmetz, another enlightened father, bashes the societal norms that state that, as a dad, he is supposed to hate anyone his daughter goes to dinner with or, God forbid, sleeps with.

Steinmetz argues that the pressure fathers feel to load up the shotgun when boys (or girls, or genderqueers, or trans folks) come over — that “protective instinct” — is based on the concept of daughters being something that can and should be protected and controlled. And Steinmetz isn’t having it. “Look, I love sex,” he says. “It’s fun. And because I love my daughter, I want her to have the same delights in life that I do, and hopefully more.” He does go on to qualify that he only wants to know about that in the abstract, but his point is well-taken. Fathers who love their daughters want them to experience everything, right?

Steinmetz doesn’t stop there. He continues, in a fantastic, full-on feminist way. He talks about his daughter as being fully her own person, and how the role of parents is to be a place of comfort when life gets hard, not a guard trying to insulate their offspring from living. My dad would whole-heartedly agree with Steinmetz.

Good dads want their daughters to experience all that life has to offer, including all the bumps and bruises that we get along the way. They want us to have good relationships, bad relationships (because how else will we learn?), and some shockingly mediocre ones. They want us to be having (consensual) good sex and bad sex and sex that's just kind of meh. They want us to be learning and doing and, sometimes, falling down and picking ourselves back up. Those hard parts, those uphill battles, are where the real living and learning happens — and any father who doesn't want his daughter to take part in that isn't living up his title.

More like this
Here’s How To Reignite The Spark In A Sexless Relationship
By Vanessa Marin
Are Gemini & Leo Compatible In A Relationship?
By Kristine Fellizar
Sandra Bullock, Girlboss Extraordinaire
By Matt Harkins & Viviana Olen
What The History Of Pride Month Means For Celebrations Today
By Jay Polish
Get Even More From Bustle — Sign Up For The Newsletter