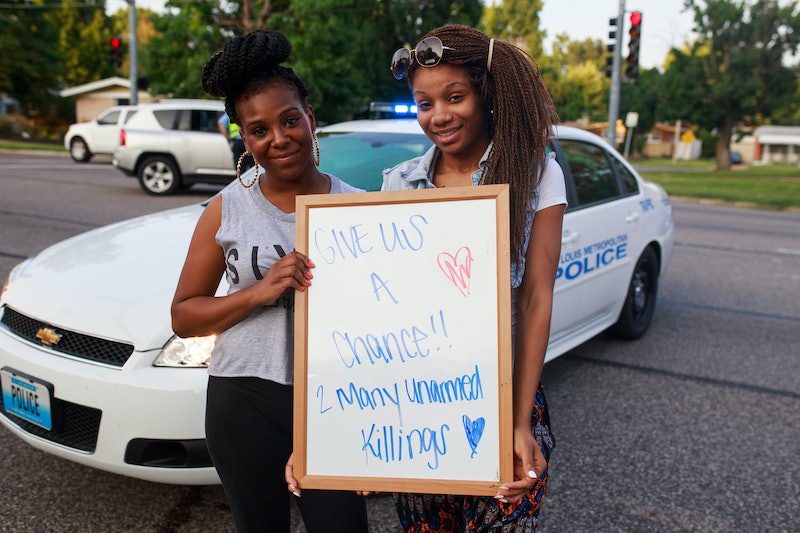 More than a week after the fatal shooting of 18-year-old Michael Brown, protests continue in Ferguson, Missouri. On Wednesday, the local grand jury tasked with deciding whether to indict Ferguson police officer Darren Wilson convened. While their decision is still unknown, what is clear is that the local protesters aren't going anywhere.

What I've found is that the news coming out of Ferguson is not so much one-sided as it is one-dimensional. What the media has failed to capture, in my opinion, is who the real individuals on the ground protesting are. We hear how many people are injured and shot when violence erupts, but rarely do we know what these same people's motivations are.

From being victims of police harassment themselves to patriotism, every protester in Ferguson has a reason why they are out on the streets in support of Michael Brown. So I decided to ask them why they're demonstrating. Here’s what they told me.

"I'm here because Ferguson PD is unjust. I was once detained for 'Walking down the wrong side of the street.' End police brutality."

"I am here to support Mike Brown & his family. No justice, no peace."

"We are here because no one should be killed solely because of the color of their skin."

"To be a patriot in this nation you must call into question anything that harms equality for all!"

"This is not a black thing. This is a us thing! Love one another."

"To stand up against racism, poverty, and police brutality. Mike Brown 4ever."

"Here to serve and protect, not harm and harass."

"No 1 Threw Molotov Cocktails. (I was there)"

"Give us a chance! 2 many unarmed killings."

"I'm out to support Mike Brown. I have a son the same age he was and he too just graduated!"

"Ferguson cares! Ferguson is our home. Justice needs to be served."