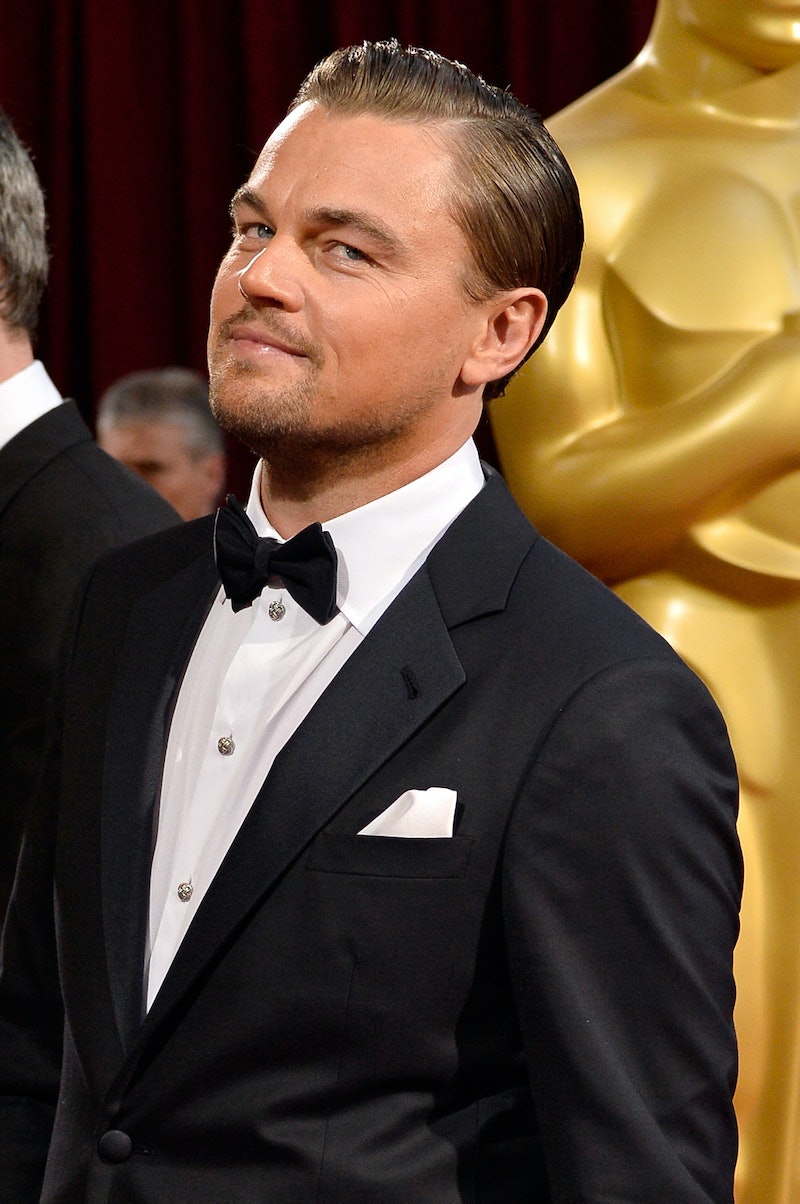 Sometimes, the Internet is a magical place — and you should definitely consider right now to be one of those times. We all know that Leonardo DiCaprio can take some questionable paparazzi photos (I mean, who can forget that happy little strut photo that turned into the meme of the century?) but who knew that the actor had some embarrassing photoshoot pics floating in the abyss of the Internet as well. I certainly did not, until now: Back in December 1995, Leonardo DiCaprio posed for a feature in The Face , a now defunct British entertainment magazine, in a photoshoot shot by photographer David LaChapelle (who, I should add, is the talent behind that hilarious/amazing/confusing Kardashian Christmas card). And it was, to say the least, batshit insane.

Yes, it was the '90s, so some level of ridiculousness is to be expected. DiCaprio was 21, hardly the major success he is now (he had What's Eating Gilbert Grape and The Basketball Diaries under his belt, but also Growing Pains, so . . . ), and, sometimes, actors make questionable photo shoot decisions when they're starting out. Questionable photo shoot decisions I'm sure they would like banished from the Internet, like Beyoncé's unflattering Super Bowl pictures.

But, unfortunately for Leo, the Internet is written in ink, and these photos exist. And, well . . . they really are something else. Since I can't really properly describe them — I don't think there is a string of words in the English language that would sum up everything these photos are — I've attached a few below. Is this why he's never been awarded an Oscar? Does the Academy have something against posing with fruit and seashells?! Why the bananas?!?! ANSWERS, WE NEED THEM.

Fret not, there's more — see the rest of the amazing shoot over at photographer David LaChapelle's website. Sorry for bringing this back up, Leo. This was just too good.