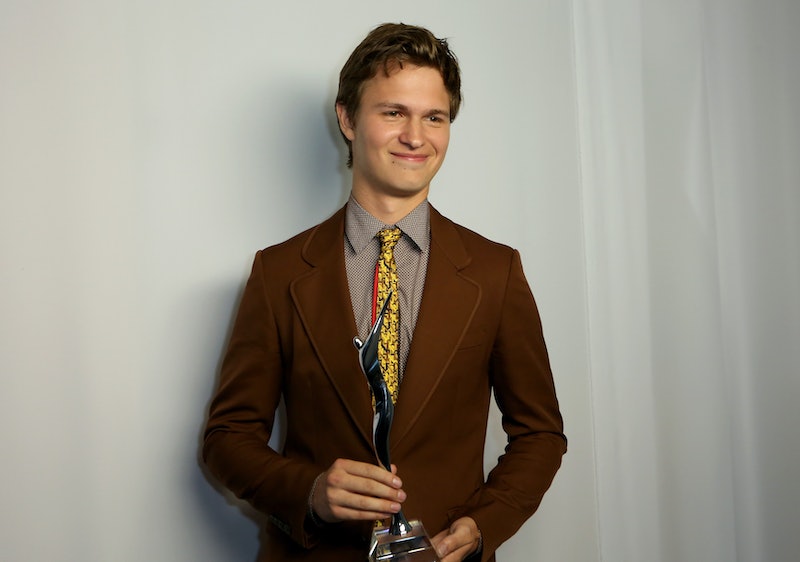 When the first trailer for Ansel Elgort's Men, Women and Children hit the interwebs on Tuesday afternoon, the Fault in Our Stars kingdom was ignited with a renewed passion: Augustus Waters would live again. Well, sort of. Elgort's latest fare, an ensemble movie that looks to boast all of the feels, surrounds "a group of high school teenagers and their parents as they attempt to navigate the many ways the internet has changed their relationships, their communication, their self-image, and their love lives." Sounds relevant, no?

As I watched the trailer for the upcoming familial drama, I couldn't help but notice that Elgort's latest offering looked unmistakably familiar. I had seen this movie before. It appeared, in almost every single way, to be a replicate of 2012's Disconnect, a Henry Alex Rubin film that came out a year and a half prior. I wrote about the Disconnect heavily, feeling connected (ha!) to its message of isolation in a world so technically connected. I even allowed the film to use a quote and attach my name to their promotional materials and on the DVD box. It was easily one of my favorite flicks of the year. So it was almost jarring in a way to see the same story, the same character arcs and the same cinematic style portrayed in Men, Women and Children not even two years later.

Men, Women and Children is directed by Jason Reitman who gave us Labor Day and Up in the Air. There's no doubt that he'll present the material in a thoughtful and compelling picture, and with Elgort (among other big hitters like Jennifer Garner and Adam Sandler) attached, the film could easily be a greater financial success than its original, Disconnect.

To prove my point, here is the trailer for Men, Women and Children dissected to illustrate the similarities.

Both films use gratuitous amounts of on screen text

In MWC, it's Adam Sandler and Rosemarie Dewitt's reliance on technology, and in Disconnect, Jason Bateman takes on the role of a father who cares more about taking calls at the dinner table than connecting with his teenage kids.

Both movies center around teenage characters navigating the world of sexting

Both Disconnect and MWC have their teenage protagonists realizing the dangers and seduction of sending revealing photos from phone to phone.

Paula Patton plays a lonely wife looking for comfort in online chat rooms in Disconnect, and Rosemarie Dewitt takes on a similar role in MWC.

Both Disconnect and MWC have a male teenage misfit being bullied by his peers.

...That turns into real life bullying

In MWC it's Judy Greer, and in Disconnect its a Andrea Riseborough as a journalist who hopes to uncover underage online prostitution. Although we can't tell from the trailer of MWC, it wouldn't be unlikely that Greer's character gets sucked into the online world, similar to the journalist of Disconnect.

And of course, secrets being harbored and shared over the internet

I think Men, Women and Children, if anything like what the trailer suggests, and if Jason Reitman pulls out his usual tear-jerking directorial tactics, will be an excellent film. Yet 2012's Disconnect was all of the above already, so we can only hope that Reitman's MWC will offer up something new, something additional to the discourse.