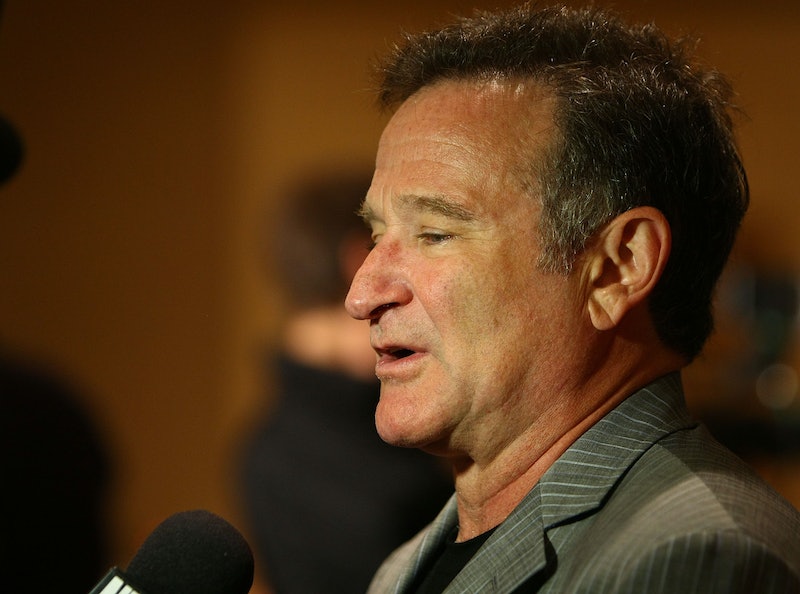 Robin Williams found his final resting place at sea. TMZ reports that Robin Williams was cremated and his ashes were scattered over the San Francisco Bay. According to the website, this information was found on his death certificate, issued in Marin County where he passed.

We are still waiting for official results from a toxicology test to see what, if anything, Williams had in his body when he died. And his death certificate states his cause of death as "pending investigation." Regardless of these uncertain terms, we hope Williams' family and his many adoring fans find comfort in knowing that Williams' body has been laid to rest in the way those who loved him wanted. According to the report, the cremation happened the day after he died.

Williams passed away on August 11 from apparent hanging, and his loss was felt immediately and immensely by many. Celebrity friends have spoken out on his behalf, fans have paid him tribute by rewatching his many films and sharing favorite moments on twitter, and even those he touched personally — his colleagues, his friends, and of course his family, have all done their part in remembering Williams in a special way.