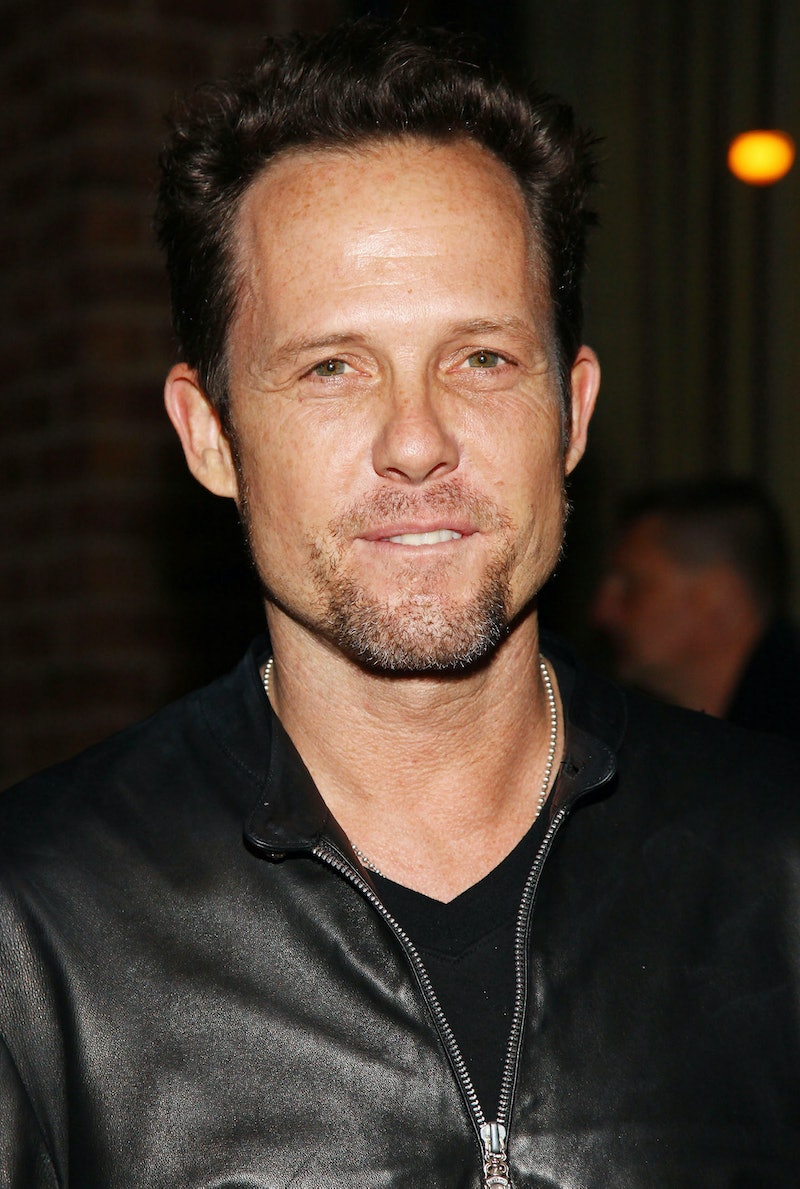 Dean Winters needs his own vehicle. And I don't mean a literal vehicle protected by Mayhem like him by Allstate. No, the actor, who has memorably starred in TV shows like 30 Rock, Rescue Me, and Law & Order: Special Victims Unit, needs his own vehicle on the small screen.

Come on, Hollywood, the dude has earned it. He's proved he can deftly balance comedy and drama, and has the looks and charm to lure Liz Lemon herself away from her own rational thoughts. But, instead, Winters has proven to be Hollywood's male answer to Judy Greer, the perennial supporting character who has mysteriously never been deemed marketable enough to helm his own shows and movies. Hell, Greer herself is even putting her supporting struggles on paper with her upcoming memoir, I Don't Know What You Know Me From: Confessions of a Co-Star.

But let's not make it come to that when it comes to Winters. He deserves to be known as more than just Mayhem, the funny guy who interrupts your viewings of American Idol. Still, his most recently announced role seems to pit him in the exact same place: Entertainment Weekly reports the former 30 Rock star will flex his comedy muscles once again on Andy Samberg's Brooklyn Nine-Nine, playing Warren Pembroke, a rival to Samberg's doof-y detective.

So, yes, another cop, but, more importantly, another tiny role for the actor who proved all the way back in Oz that he deserved things much, much bigger. (Maybe he can find a way to score a leading role in former co-star Tina Fey's new NBC comedy? Please?) Hollywood, when will you get the message that former beeper salesman Winters deserves to be a leading man? Does we need to send you a page?

More like this
50 Years After Creating Her Alter Ego, Angelyne Is Still Driving That Pink Convertible
By Gretchen Smail
Sandra Bullock, Girlboss Extraordinaire
By Matt Harkins & Viviana Olen
Kaley Cuoco & Tom Pelphrey Just Made Their First Public Appearance As A Couple
By Hugh McIntyre
Pete Davidson & Kate McKinnon Are Part Of A Reported Major SNL Cast Shakeup
By Brad Witter
Get Even More From Bustle — Sign Up For The Newsletter