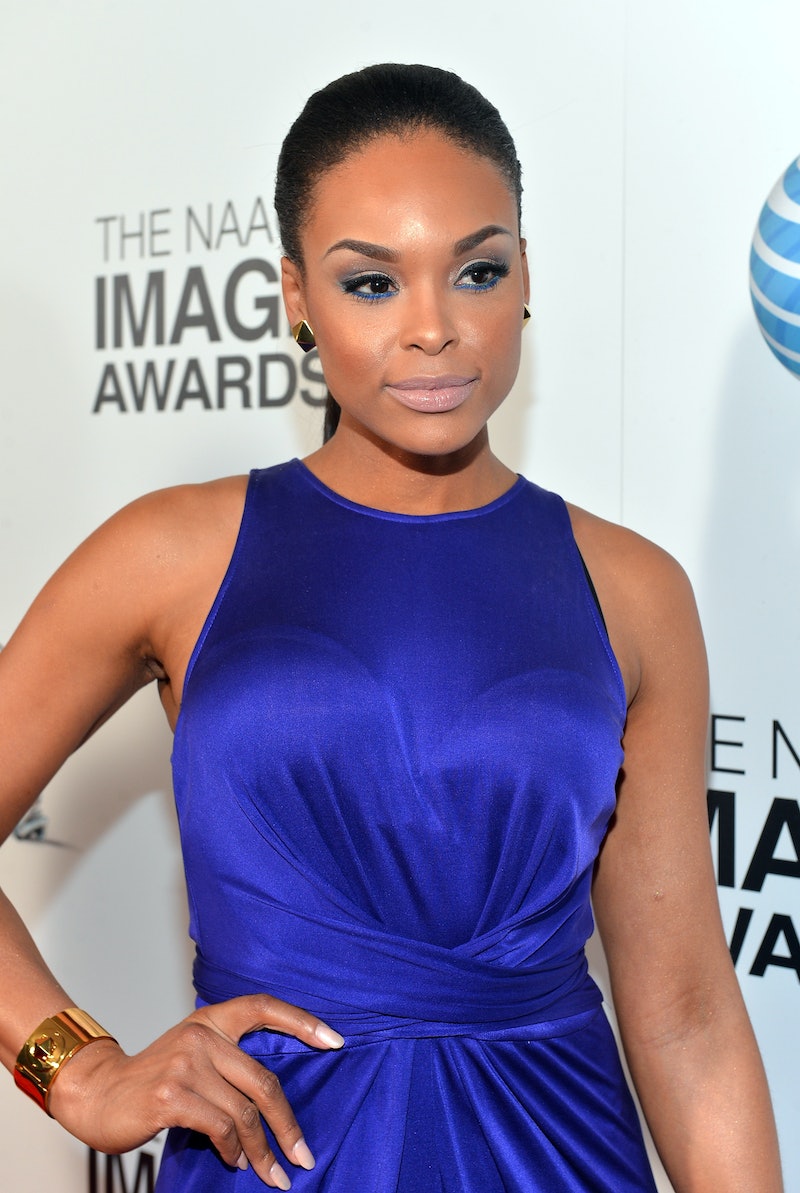 Throughout most of the hiatus between seasons of Real Housewives of Atlanta, not much news emerged. Everything we heard suggested that the producers are looking for new Housewives, but there hadn't been any outright confirmations from Bravo — until now. According to Us Weekly, who got the news from NeNe Leakes herself, Demetria McKinney is joining Real Housewives of Atlanta. McKinney is an actress and singer who's been active in the Atlanta theater scene and worked with Tyler Perry, including on his TV series House of Payne.

While the RHOA cast is pretty big, and all of the ladies will be returning, it still makes sense that producers wanted a few newbies. By the end of Season 6, NeNe basically seemed over the entire show, so I wouldn't be surprised if she doesn't stay with the series much longer. And after Apollo Nida was sent to jail for fraud, I also wouldn't be surprised if Phaedra Parks has a reduced role in RHOA Season 7. So they'll surely want to stack the deck with potential people for Kenya Moore to start fights with.

Neither McKinney nor the other new addition, Claudia Jordan, fits the usual Housewife profile. McKinney is already a successful performer, not a regular businesswoman plucked from obscurity by Bravo producers; she's played a character on a TV show before. But to be fair, she's no A-Lister resting on her laurels — she's working incredibly hard to make her way into the music business while also balancing single motherhood.

McKinney talked to Prestige about struggling to maintain some level of conservatism in her work, not wanting to perform nude scenes, or talk about her relationship with Roger Bobb publicly. That does seem to contradict the idea of appearing regularly on reality TV, but people have managed to keep certain levels of privacy before — i.e., Sonja Morgan and Tamra Judge both keep their children offscreen at the request of their ex-husbands. McKinney just doesn't sound much like a bare-all-on-Bravo type of gal — and the RHOA frequently go for the jugular.

But when McKinney filmed alongside Kandi, Porsha, Kenya, Cynthia, and Phaedra at the release of her music video for the single "100," there's a rumor that Kenya was accused of "flirting" with McKinney's boyfriend, Bobb. That sounds familiar… So even if McKinney isn't used to airing her business on reality TV, Kenya will make it happen. It's practically a rite of passage at this point. If McKinney can keep herself from throwing blows and manages to make a few friends (Kandi, perhaps, for the music connection?), sounds like she is on her way to fitting in with the rest of the Real Housewives of Atlanta.

More like this
What Is Julia Haart’s Net Worth? The My Unorthodox Life Star Is A Shoe Mogul
By Radhika Menon
What Jen Shah's Delayed Sentencing Could Mean For The 'RHOSLC' Season 3 Reunion
By Brad Witter and Jake Viswanath
Julia Haart’s Husband Fired Her As CEO Of Elite World Group
By Brad Witter
Watch The Gripping First Trailer For The 'Harry & Meghan' Netflix Doc
By Jake Viswanath
Get Even More From Bustle — Sign Up For The Newsletter