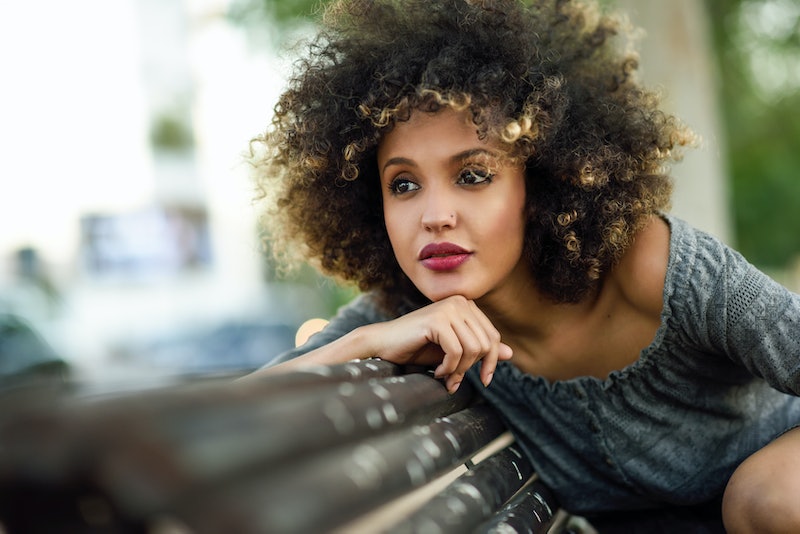 I still recall the first time I entered my middle-school homeroom in a fusillade of cornrows and beads. The resounding question from my white counterparts was punctuated by an exclamation as they asked breathlessly, “Can I touch your hair?” I assumed that the disfiguring, What the hell? expression I shot them was self-explanatory. But, apparently, I hadn’t gotten down that look that my mother and generations of black women before her had so mastered. They swarmed me, patting my scalp and tugging at my beads. I felt like I was on exhibition, and I didn’t even have the dignity of being handed a placard with the engraving, “Please Do Not Touch”.

My experience with uninvited petting is forgivable. We were pubescent, with little sense of propriety or understanding of nonverbal cues. If I were to be approached today with the same query, I would expect that my now expert-level WTF expression would suffice as an answer.

This is exactly why I was surprised to hear the news of Un’ruly’s “You Can Touch My Hair” exhibition in New York City’s Union Square last Thursday. As reported by The Huffington Post, the black hair care site, founded by Antonia Opah, hosted a social experiment in which a trio of women with different textures and styles allowed for curious passer-bys to touch their hair.

I was not so much angered by the news as I was confused. For me, this transcended the general objectification faced by women on a day to day basis. This was skating the surface of something much deeper, an undercurrent of cultural tension and distance that manifests in but goes beyond inane questions like, “Can I touch your hair?”.

How could we, as black women, put ourselves up for display? Was it not enough that we had been “othered” so much by mainstream culture that we had to perpetuate that notion by standing on corners with superscript signs? How could we encourage behavior that diminishes our humanity by exoticizing us? I wanted answers.

I found them in Malliha, the third member of the “You Can Touch My Hair" volunteers. As Malliha explained to The Huffington Post, the exhibition was an opportunity to get at the heart of what motivates people to want to touch black hair. She saw the exchange as a platform for her to explain why it’s inappropriate.

That is the sort of dialogue Opiah wanted to spark. As she told The Huffington Post, "It's an uncomfortable discussion for a lot of people, but sometimes we have to get comfortable in being uncomfortable to really break ground.”

Fair enough. So, let’s get uncomfortable.

Blacks make up roughly 13 percent of the U.S. population. But how much are we represented commercially in the media? In film? In advertising? We are markedly absent from these media and the time that we are featured is not comparable to white counterparts. I say this to suggest that our underexposure in media may be what fosters this sense of disconnect between us and other cultures. We are still, in some ways, foreign.

If women of color with dreadlocks or curly afros (or whatever) were featured in the mainstream, perhaps these differences would not be spark such misplaced intrigue. It is my strong belief that the curiosity about black hair (and our racial group, in general) and the misguided attempts to resolve this curiosity come from a lack of familiarity or knowledge. And the media plays a role in all of this.

It is no secret that natural black hair is stigmatized in the media. Yet it is exactly this sort of systematic compartmentalization that perpetuates the idea of black hair as a curiosity rather than just a reality. So, to the media, I say, show us–and I mean, all shades, styles and textures.